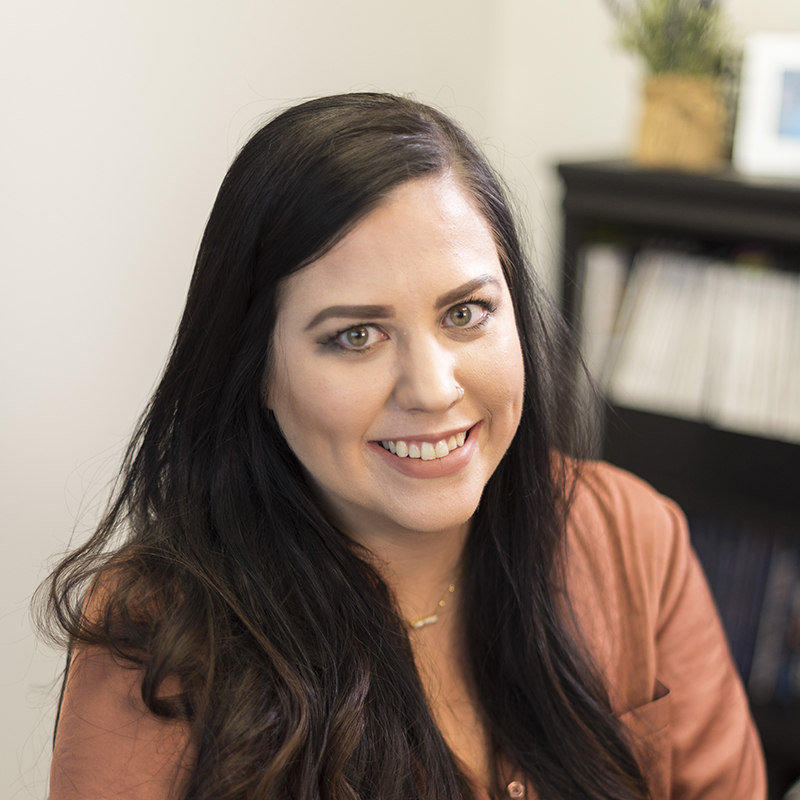 Every Monday we recap the previous week’s most engaging content. This week our most clicked is a Call to Action for Gerontologists, by Jo Ann Jenkins, CEO of AARP. Our most shared article highlights the older population growth from the U.S. Census Bureau.

Most Clicked: Disrupt Aging: A Call to Action for Gerontologists

AARP’s Chief Executive Officer, Jo Ann Jenkins, published an article in The Gerontologist asking for a change in conversation about aging. According to Jenkins, addressing outdated beliefs and stereotypes may help create new solutions for more people and how they want to live as they age.  AARP believes gerontologists can create change in conversation through  varied research, the article states.

The Journals of Gerontology have found more-positive self-perceptions of aging are correlated with less disability and living longer after adjusting for health and socioeconomic variables. “Aging differs substantially across racial/ethnic groups with African American participants overall expecting less functional decline with age compared to participants with Latino, Korean, or Chinese backgrounds,” the Worth the Walk report states. In contrast,  “African American and Latino participants aging expectations remained the same when education is accounted for,” says Menkin in Gerontologist.

Another study from gerontologists Chopik and Giasson shows an “explicit preference for younger people was highest among older people.” This is another example of our culture’s obsession with youth.  One would think that a bias against older adults would not take place by other older adults but this study suggests otherwise.

What can marketers do to challenge aging stereotypes?

The Baby Boomer generation is responsible for a large percentage of our economic growth. By marketing to older generations with positive messaging you can increase your bottom line while helping to re-frame the perceptions of of older adults. 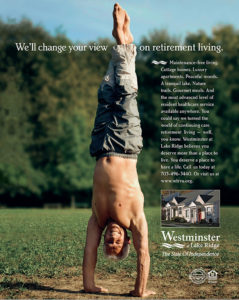 Creating Results has had the opportunity to reinforce positive messaging with Westminster at Lake Ridge, a continuing care retirement community.

To read the full article on Disrupt Aging: A Call to Action for Gerontologists, click here: http://bit.ly/2f5xTgU

Median age for the United States has risen from 35.3 years in April 2000 to 37.9 in July 2016. Baby Boomers are predominately responsible for this growth, said Peter Borsella from the Census Bureau’s Population Division.

The median age has either increased or remained consistent with last year’s findings when looking state by state. Maine’s median age is the highest at 44.6 years while Utah has the lowest median age at 30.8 years.

Not only is the median age increasing nationally, according to the Census Bureau study, the population is becoming more diverse with the Asian and bi-racial population increasing the most at three percent. For the non-Hispanic white group, however, deaths have exceeded births, while all other groups have experienced a natural increase.

Why should marketers care?

As median ages increase, Baby Boomers create a greater need for diverse retirement living. Understanding their lifestyle needs can help influence their purchase decision. Focus your marketing efforts on the amenities (including wellness) your community provides, as we did in this ad for 55+ community Traditions of America at Summer Seat. 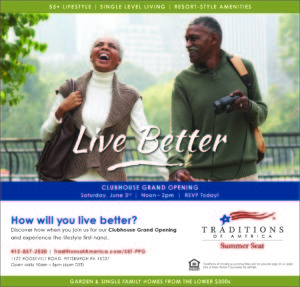