Phoebe Ministries, a continuing care provider in Pennsylvania, acquired the Rodale, Inc. building — home to the former publishing company in Emmaus, PA — with a vision to create an independent living community for local seniors. While part of the renowned Phoebe CCRC family, the new community would offer a senior living experience unique from Phoebe’s current offerings. The desire was to build awareness, generate a VIP interest list and gain eventual deposits. 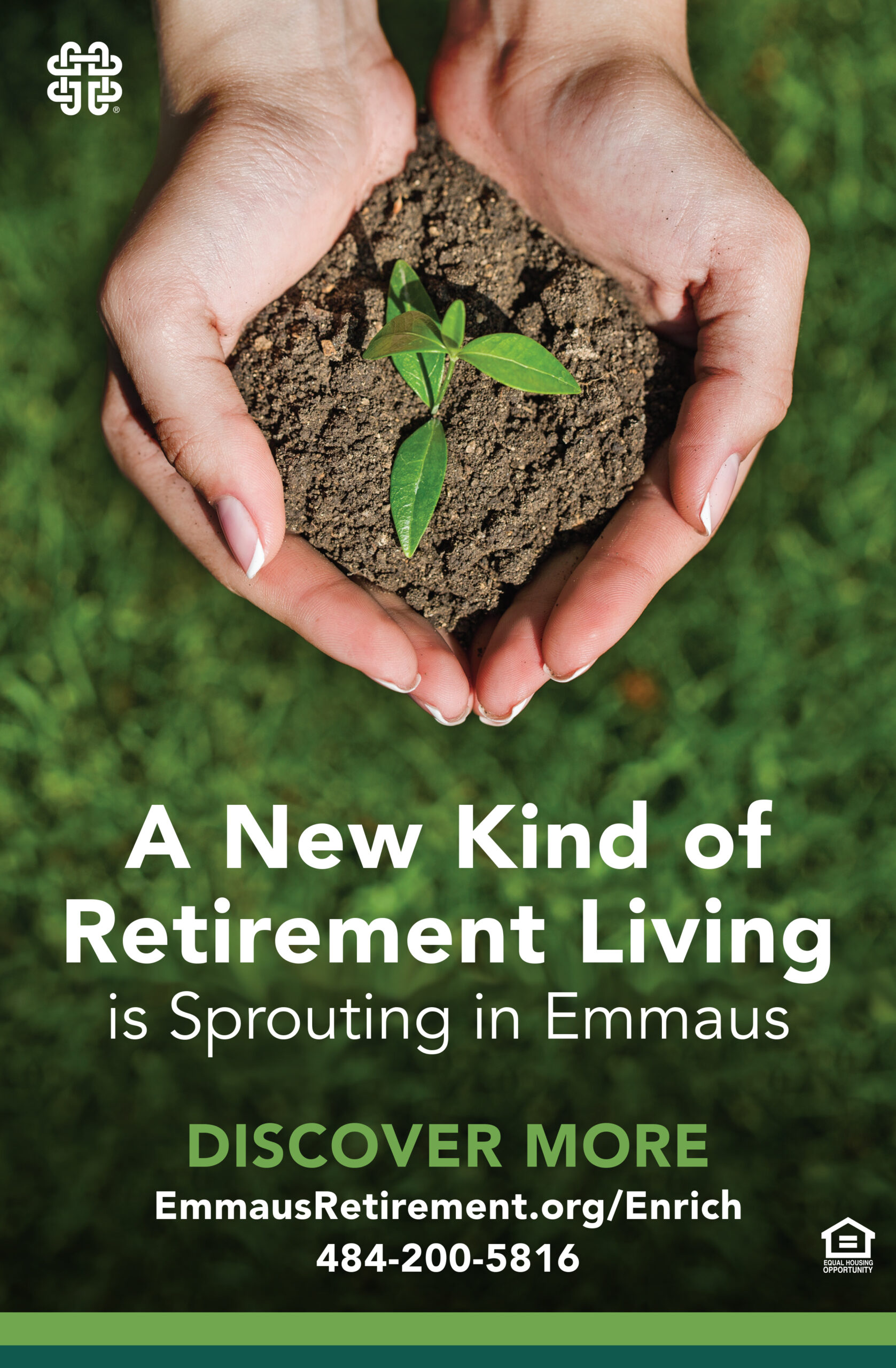 Creating Results developed a strong marketing strategy that aligned with the target audience interests gained from various research initiatives including focus group results that focused on brand awareness and list generation tactics, which included both digital and traditional tactics all of which paid tribute to the property and Chestnut Ridge’s value proposition.

Creating Results then implemented a creative campaign focusing on Chestnut Ridge’s unique selling propositions – cultivating green living, personal growth with modern amenities through a simple image showcasing a plant sprouting in the hands of a senior. 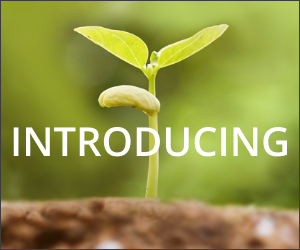 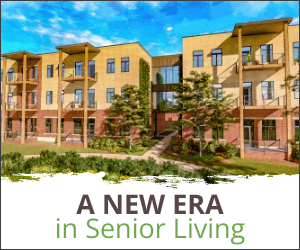 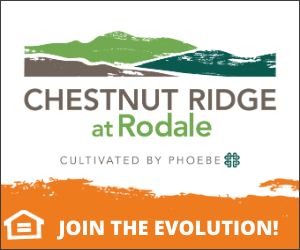 The campaign included targeted Facebook ads, display ads and paid search as well as the design and development of a microsite. Awareness marketing also supported the blue-sky launch with traditional placements to reinforce the “sprout” messaging and brand recognition. This included a billboard, local print placements and radio ads all targeting Chestnut Ridge’s ideal prospect with a call-to-action focusing on VIP sign up.

Inquiries generated by Paid Search in the first quarter with a cost per inquiry $16.50 and a conversion rate of 9% (outperforming Wordstream's benchmark of 3.4%)

Within the first 24 hours of the Facebook lead generation campaign’s launch, Chestnut Ridge received 29 inquiries. In total, 150 inquiries were recorded for the first full week from Facebook alone, which resulted in 8% of depositors initially inquiring through Facebook.

As of Q3 in 2020, 54% of overall depositors occurred through digital sources with paid search as the fastest converting at 18.5% from the initial inquiry. Other top performers include organic (converting on the microsite) at 13% and email at 7.4%, all of which can be attributed to the strong awareness approach created through traditional advertisements – billboards, print placements and radio ads.

Like many in the senior living industry that have been hit hard by the effects of the pandemic as it pertains to recruiting, Mulberry Health needed to increase marketing efforts to attract more staff. Creating Results worked with Mulberry Health to create an integrated marketing plan focused on hiring and recruitment of all types of......
END_OF_DOCUMENT_TOKEN_TO_BE_REPLACED
Collington – Virtual Event Promotion

The not-for-profit life plan community of Collington – A Kendal Affiliate shifted event strategy from in-person events to virtual events to offer opportunities to connect in a virtual environment due to the worldwide COVID pandemic. New virtual events were introduced to provide attendees with a sense of the active lifestyle they could expect, as well......
END_OF_DOCUMENT_TOKEN_TO_BE_REPLACED
Fairing Way – Digital Marketing and Sales

Fairing Way, an independent living community just south of Boston, opened its first phase in 2016 with all residents moved in by the end of 2020. Creating Results used digital marketing and sales tools throughout a prospect’s journey so the sales team could not only keep track of typical sales activities but also see the......
END_OF_DOCUMENT_TOKEN_TO_BE_REPLACED
All Clients – Marketing Automation

Phoebe brought Creating Results onboard to reposition them as a full-service senior living provider and improve census across all of their communities and levels of care. To do so, we built from the ground up to create cohesive communications, marketing and sales efforts, and then equipped them with the knowledge, processes and tools needed to......
END_OF_DOCUMENT_TOKEN_TO_BE_REPLACED
CR Clients – Milestone Marketing

During COVID-19, many 55+ and senior living communities were forced to shut down, go into a lock down mode and therefore rethink their marketing and sales approach. Creating Results helped our clients shift marketing dollars, maintain brand reputation and therefore continue marketing and sales efforts in some capacity through milestone-based marketing....
END_OF_DOCUMENT_TOKEN_TO_BE_REPLACED
Fairing Way – Website Design and Development

The leadership teams at Rogerson Communities and Eventide partnered with Creating Results to develop an integrated marketing plan to attract leads for their newest community, Fairing Way. With Fairing Way being a blue-sky community at the time, Creating Results emphasized the importance of creating a website that served as a content-rich virtual sales center for......
END_OF_DOCUMENT_TOKEN_TO_BE_REPLACED
The Floridian Club – Digital Marketing

As The Floridian Club of Sarasota looked to achieve its sales goals during its busy tourist season, the community sought out Creating Results as a partner to take the lead in creating a digital marketing strategy that would attract in-state and out-of-state prospects and help the team improve upon the 8 sales they were averaging......
END_OF_DOCUMENT_TOKEN_TO_BE_REPLACED
Phoebe – Chestnut Ridge – Sales Center

As Phoebe Ministries looked to develop a new senior living community in Emmaus, they turned to us once more to help them develop the community's brand. As a valued, longstanding partner of Phoebe’s, we worked closely with their team to unveil Chestnut Ridge at Rodale and develop a one-of-a-kind sales center experience for its prospects. ...
END_OF_DOCUMENT_TOKEN_TO_BE_REPLACED
Mulberry Health – Brand Awareness

Strengthening Reputation Builds a Better Brand Experience: The Phoebe team enlisted Creating Results as a partner to support them in managing and improving their online reputation on the leading review sites. As a result, Phoebe's overall reputation score increased by 12% and its communities were able to generate over 70 positive reviews in 2019. ...
END_OF_DOCUMENT_TOKEN_TO_BE_REPLACED
Phoebe Ministries – Sales Consulting

A New Sales Philosophy Leads to Increased Occupancy: Phoebe shortened its sales cycle and reached census goals at all its communities. Since engaging with Creating Results, Phoebe has met and exceeded its census budget goals year over year....
END_OF_DOCUMENT_TOKEN_TO_BE_REPLACED
Traditions of America – Integrated Marketing

Revitalizing Occupancy: From 75% to 93% in 4 Years: At only 75% occupancy, North Hill was looking to attract new residents as the community prepared for a multi-million-dollar renovation. We collaborated with the leadership team to strategically reposition the community for long-term viability. Four years later, the community had 185 total sales and was at......
END_OF_DOCUMENT_TOKEN_TO_BE_REPLACED
Westminster at Lake Ridge – Advertising

Increasing Leads While Expanding the Community: With plans to expand its campus and a goal of 98% occupancy in their independent living cottages and apartments, Westminster at Lake Ridge began to look for ways to increase its lead list and build brand awareness. They partnered with the Creating Results team to create an award-winning integrated......
END_OF_DOCUMENT_TOKEN_TO_BE_REPLACED
Willow Valley – Welcome Center

New Welcome Center Creates a Lasting First Impression for Multiple Generations: Lancaster, PA-based CCRC Willow Valley enlisted the guidance of Creating Results to bring their Welcome Center experience into the present day. As a result of the partnership, Willow Valley created a Welcome Center that appealed to both Silent Generation and Baby Boomer prospects......
END_OF_DOCUMENT_TOKEN_TO_BE_REPLACED