Video Email Messaging as the Future of Sales Outreach

Chestnut Ridge at Rodale approached their slated groundbreaking time and needed to continue hitting and surpassing sales goals. The marketing and sales team wanted to expand on their existing sales tactics to generate more engagement from leads, leading to more deposits. With advances in sales technology, Creating Results recommended testing a video email messaging platform to allow sales team members to create on-the-spot personal messages that are delivered directly to a lead’s inbox. 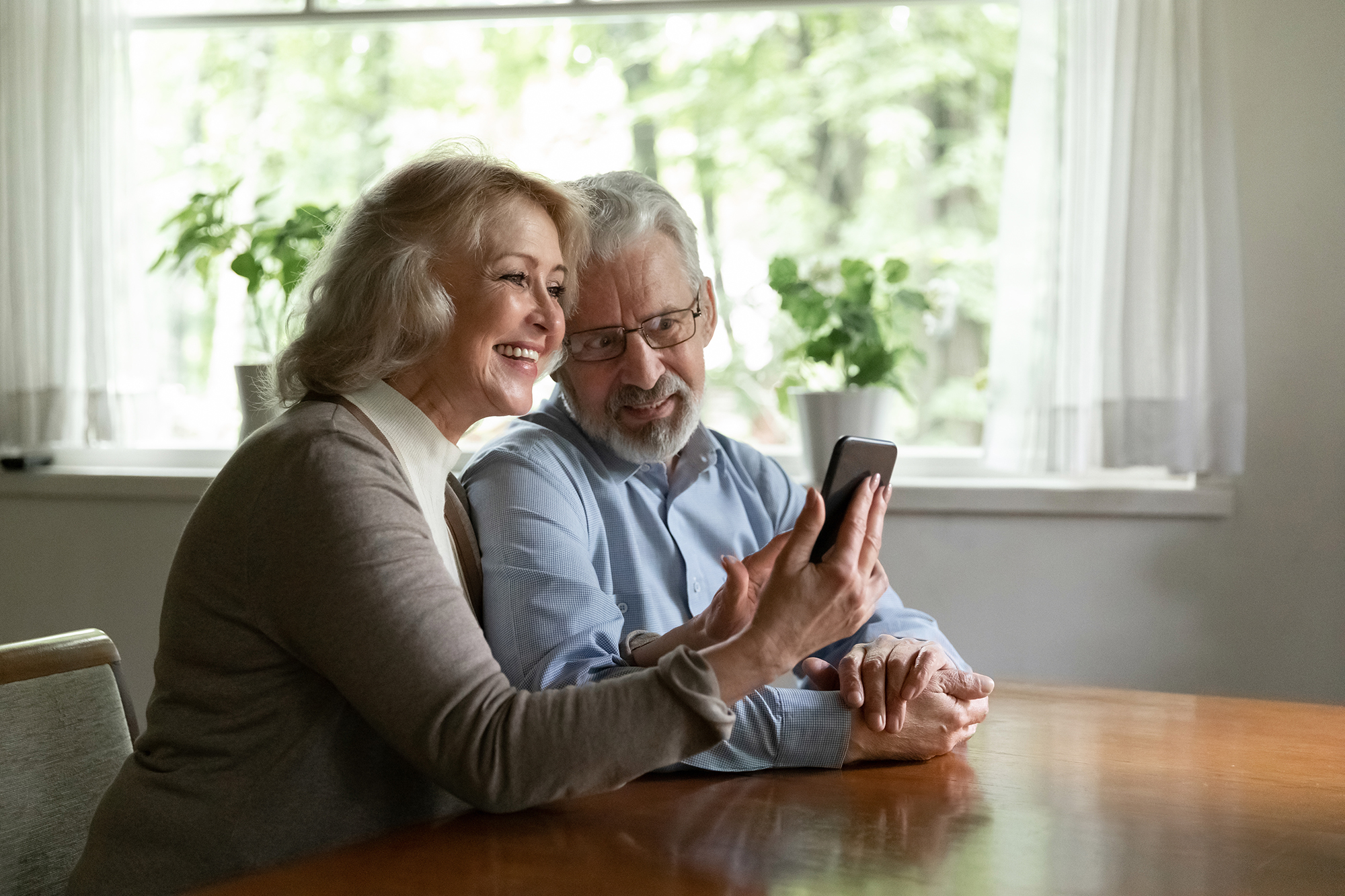 Our senior living audience is all about trust. Many times, when they receive an email, they can’t put a face with the name, sometimes making it difficult for them to trust who it’s being sent from. With video email messaging – they can. Platforms like Soapbox, Bombbomb, and Covideo allow users to record short, tailored videos that can be sent directly to a contact’s email. Using video email messaging allows for not only personalized touches from the sales team, but it also creates a genuine interaction between all parties where you’re able to see a smile, hear emotion in a voice, and more. Creating Results felt that testing a platform with video email messaging would catapult the number of responses from the lead side, eventually increasing the inquiry to sale conversion.

We worked closely with the marketing and sales team at Chestnut Ridge to roll out training and usage guidelines for a video email marketing platform. This included real-time video development, examples of the best ways to use video and homework!

To encourage initial adoption, sales members were incentivized on the number of video messages they sent each month. The marketing team also started using the platform to send video messages internally. What the sales team found was that the pain (or the fear of new technology) was worth the gain as demonstrated in the results below.

While some adoption has been slower than others, the sales team members that have been using video email messaging have become believers. The proof is in what they have seen in terms of the improved response from leads via email, the influx of appointments set from video responses and finally – SALES!

One salesperson said “More and more of my communications is via email and less on the phone. The personal touch with a video introducing myself helps reduce the anxiety when the children of the potential resident work during the day and they do not have the availability to verbally have a conversation on the phone. It really helps reduce their stress and gets them excited about next steps.” This drives home the ease of interaction with this product, both from the sales side and from the recipient side.

We also received positive feedback from recipients of video email messages. A prospect stated that she really enjoyed watching the video. She said it was a creative way to remind her about her appointment and sent it to her daughter. Another couple that recently signed liked seeing a video email message showing them their apartment was sold on the community’s magnetic board. This was major for them as the live out of state and couldn’t sign in person.

Like many in the senior living industry that have been hit hard by the effects of the pandemic as it pertains to recruiting, Mulberry Health needed to increase marketing efforts to attract more staff. Creating Results worked with Mulberry Health to create an integrated marketing plan focused on hiring and recruitment of all types of......
END_OF_DOCUMENT_TOKEN_TO_BE_REPLACED
Collington – Virtual Event Promotion

The not-for-profit life plan community of Collington – A Kendal Affiliate shifted event strategy from in-person events to virtual events to offer opportunities to connect in a virtual environment due to the worldwide COVID pandemic. New virtual events were introduced to provide attendees with a sense of the active lifestyle they could expect, as well......
END_OF_DOCUMENT_TOKEN_TO_BE_REPLACED
Fairing Way – Digital Marketing and Sales

Fairing Way, an independent living community just south of Boston, opened its first phase in 2016 with all residents moved in by the end of 2020. Creating Results used digital marketing and sales tools throughout a prospect’s journey so the sales team could not only keep track of typical sales activities but also see the......
END_OF_DOCUMENT_TOKEN_TO_BE_REPLACED
All Clients – Marketing Automation

Chestnut Ridge at Rodale, located in Emmaus, PA, came to Creating Results to develop a strategic marketing launch for the blue-sky community. While part of the renowned Phoebe CCRC family, the new community would offer a senior living experience unique from Phoebe's current offerings. The desire was to build awareness, generate a VIP interest list......
END_OF_DOCUMENT_TOKEN_TO_BE_REPLACED
Phoebe Ministries – Integrated Marketing

Phoebe brought Creating Results onboard to reposition them as a full-service senior living provider and improve census across all of their communities and levels of care. To do so, we built from the ground up to create cohesive communications, marketing and sales efforts, and then equipped them with the knowledge, processes and tools needed to......
END_OF_DOCUMENT_TOKEN_TO_BE_REPLACED
CR Clients – Milestone Marketing

During COVID-19, many 55+ and senior living communities were forced to shut down, go into a lock down mode and therefore rethink their marketing and sales approach. Creating Results helped our clients shift marketing dollars, maintain brand reputation and therefore continue marketing and sales efforts in some capacity through milestone-based marketing....
END_OF_DOCUMENT_TOKEN_TO_BE_REPLACED
Fairing Way – Website Design and Development

The leadership teams at Rogerson Communities and Eventide partnered with Creating Results to develop an integrated marketing plan to attract leads for their newest community, Fairing Way. With Fairing Way being a blue-sky community at the time, Creating Results emphasized the importance of creating a website that served as a content-rich virtual sales center for......
END_OF_DOCUMENT_TOKEN_TO_BE_REPLACED
The Floridian Club – Digital Marketing

As The Floridian Club of Sarasota looked to achieve its sales goals during its busy tourist season, the community sought out Creating Results as a partner to take the lead in creating a digital marketing strategy that would attract in-state and out-of-state prospects and help the team improve upon the 8 sales they were averaging......
END_OF_DOCUMENT_TOKEN_TO_BE_REPLACED
Phoebe – Chestnut Ridge – Sales Center

As Phoebe Ministries looked to develop a new senior living community in Emmaus, they turned to us once more to help them develop the community's brand. As a valued, longstanding partner of Phoebe’s, we worked closely with their team to unveil Chestnut Ridge at Rodale and develop a one-of-a-kind sales center experience for its prospects. ...
END_OF_DOCUMENT_TOKEN_TO_BE_REPLACED
Mulberry Health – Brand Awareness

Strengthening Reputation Builds a Better Brand Experience: The Phoebe team enlisted Creating Results as a partner to support them in managing and improving their online reputation on the leading review sites. As a result, Phoebe's overall reputation score increased by 12% and its communities were able to generate over 70 positive reviews in 2019. ...
END_OF_DOCUMENT_TOKEN_TO_BE_REPLACED
Phoebe Ministries – Sales Consulting

A New Sales Philosophy Leads to Increased Occupancy: Phoebe shortened its sales cycle and reached census goals at all its communities. Since engaging with Creating Results, Phoebe has met and exceeded its census budget goals year over year....
END_OF_DOCUMENT_TOKEN_TO_BE_REPLACED
Traditions of America – Integrated Marketing

Revitalizing Occupancy: From 75% to 93% in 4 Years: At only 75% occupancy, North Hill was looking to attract new residents as the community prepared for a multi-million-dollar renovation. We collaborated with the leadership team to strategically reposition the community for long-term viability. Four years later, the community had 185 total sales and was at......
END_OF_DOCUMENT_TOKEN_TO_BE_REPLACED
Westminster at Lake Ridge – Advertising

Increasing Leads While Expanding the Community: With plans to expand its campus and a goal of 98% occupancy in their independent living cottages and apartments, Westminster at Lake Ridge began to look for ways to increase its lead list and build brand awareness. They partnered with the Creating Results team to create an award-winning integrated......
END_OF_DOCUMENT_TOKEN_TO_BE_REPLACED
Willow Valley – Welcome Center

New Welcome Center Creates a Lasting First Impression for Multiple Generations: Lancaster, PA-based CCRC Willow Valley enlisted the guidance of Creating Results to bring their Welcome Center experience into the present day. As a result of the partnership, Willow Valley created a Welcome Center that appealed to both Silent Generation and Baby Boomer prospects......
END_OF_DOCUMENT_TOKEN_TO_BE_REPLACED