Mature Marketing Links of the Week – Here’s a Story …

Good Monday morning! Regular readers of this blog know that we start each new week rounding up the top mature marketing links of the previous one (as judged by engagement on various social platforms).

The Monday recap s a “greatest hits” story, if you will, but apparently we’re missing something big. What? Read on.

1. MOST CLICKED: Did you know that, per Christopher Booker, every story every told can be boiled down to one of 7 basic plots? And now another Christopher, Chris Penn, has applied those to how we tell stories for business. They include The Quest, Comedy and Rebirth.

Penn notes that using these basic plots can make your marketing stories more coherent and effective. He advises

“In the stories you tell in your marketing, how many of them fit any of these archetypes? If you write a case study or a white paper about how your products or services made a difference, are you telling the story in a compelling manner? A paper about someone buying X product and seeing Y% returns on investment isn’t a story. A series of facts placed in the same document is not a story. Without conflict, without a journey or demonstrating significant change, you’re not telling a story.” 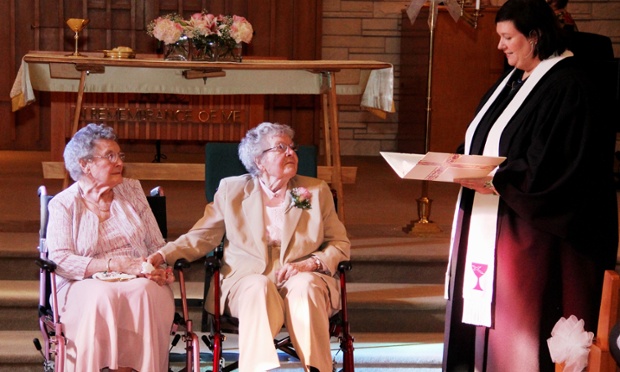 2. MOST SHARED: You might think that people meeting, falling in love and marrying is one of the oldest, most reliable stories. However new research shows that the U.S. marriage rate is dropping, especially among Millennials. As the Boston Globe reports:

“In 1867, the first year for which national marriage statistics were recorded, the marriage rate was 9.6 per 1,000 Americans.

In fact, in 1984, when baby boomers were at prime marrying age, a total of 2.48 million marriages were recorded, the highest number the country had seen. In 2013, the most recent year for which there is data, the number of marriages had dropped to 2.13 million.”

I added the bold to note that the peak of the marriage rate was the beginning of the Baby Boom (1946-1964, 78 million Boomers).

The marriage rate includes those getting married for the first time (like the 90-year-olds pictured) and second/third/fourth marriages.

Get the full story: http://bit.ly/1KHxIDr

* You Will Not Get To Retire: How Old Age Became Unaffordable And Unhealthy, And How We Can Fix It. You’ll want to read this in-depth piece from FastCompany. http://bit.ly/1d9bBYh

And one upcoming “story” you won’t want to miss: Creating Results will share tips for strategic, social media marketing for active adult communities in a free webinar on June 25. Learn the 5 critical components of any successful social marketing effort and more! Register today: http://bit.ly/1Brox1m

Is there a story we missed in this weekly round-up? Please share it using the comments section, below!