Baby Boomers on the Move and on the Job

A new week, a new round-up of the content that grabbed the attention of marketing pros!

Each Monday, we tally which were the boomers / seniors marketing articles, research and other items that got our followers engaging on Twitter, Facebook, LinkedIn and Ghost-Town Plus … er, I mean Google Plus.

Then, we share the top items here on our blog. Be sure to follow us on those social platforms for even more 50+ marketing insights!

Where are Baby Boomers moving to? Which metro areas are they leaving behind?

The large metros with the greatest 5-year increase in the percentage of baby boomers are Phoenix (+3.3 pts.), Charlotte (+3.2 pts.) and Dallas (+3.0). Raleigh and Tampa also increased at least 3 percentage points.”

Headlight has several nifty interactive maps that illustrate the growing or shrinking share of the population among those aged 50 to 69 years old. Click on the image below to be able to focus on either large or mid-sized cities, and for additional data visualizations: 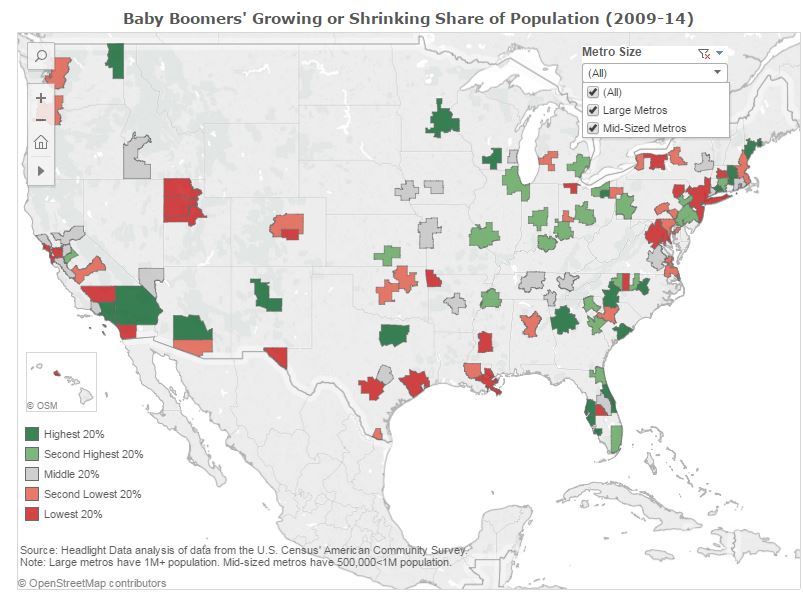 Be sure to follow the “RELATED” links below for more thoughts on Boomers and urban living.

A trio of items about retirement got people reading and tweeting last week.

First, troubling news via TransAmerica’s New Age of Advice: What is the average Joe saving for retirement?

“It may be close to nothing.”

TransAmerica quotes a study from the National Institute on Retirement Security showing the average working-age household in the U.S. has “virtually no retirement savings.” 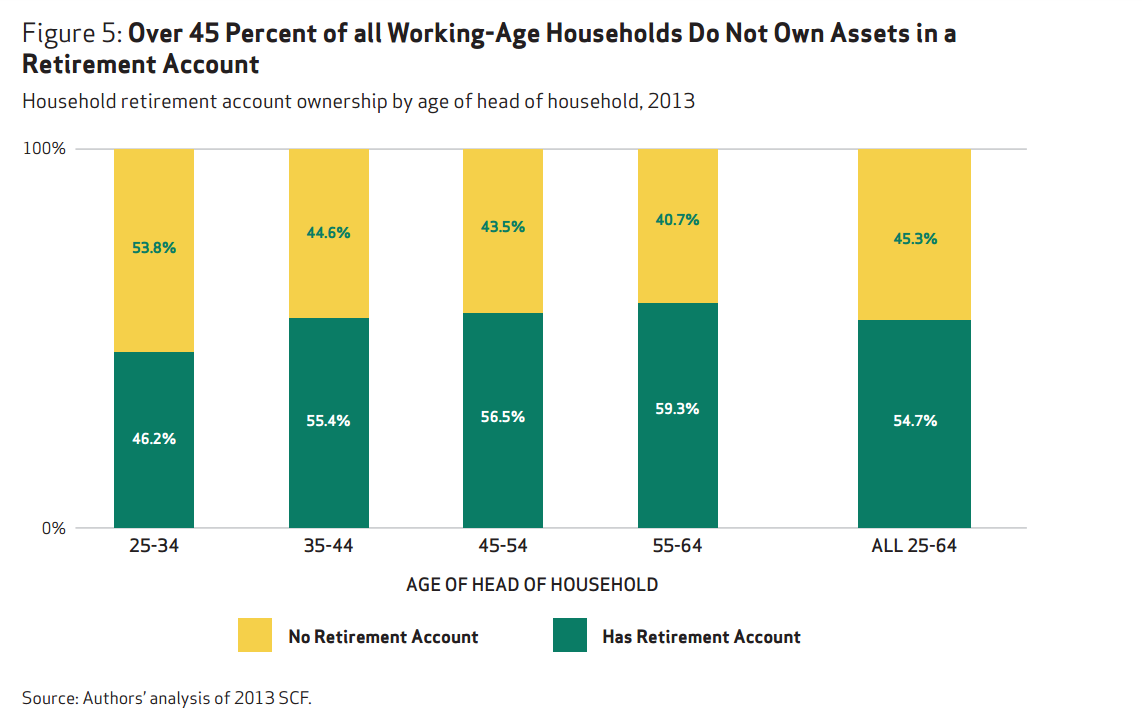 This is just one reason why “working-age” now defines many people older than 65.

Next, Oregon State University researchers have found that if you work even one year past the typical retirement age of 65, you increase your chances of living longer.

“Even those who said they were unhealthy were also likely to live longer if they kept working. And that was in any type of job – white-collar, blue-collar or in the service industry. Stawski says it’s likely the various interactions that are a part of work are key.

STAWSKI: Thinking, problem solving, cognitive faculties, social and interpersonal engagement – so you have relationships that you’ve formed with co-workers, both personally and professionally.

DYCHTWALD: It’s almost as if work and retirement can be a kind of antidote to aging.”

Not to play the “we said it first game,” but all this talk of retirement and an extended worklife reminded us of a 2012 Mature Marketing Matters post.

1) Work during retirement years  provides a paycheck …. and much more.

What besides money would people miss if they retired? “It may be cliche, but it’s family.” Connections are strong and critical to enjoying retirement years. If you’re marketing a club or physical community, illustrate the benefits of becoming a part of that “family.”

6) The lifestage called “retirement” can use some re-thinking.

Retirement cards feature pictures of fishing or illustrations of vanishing to do lists. When the reality is that people will have 30 years of “retirement,” is fishing and nothingness what they really want to do?

Make sure your marketing campaigns do not use outdated imagery to depict retirement living. Not every retiree wants to work in retirement. Marketers must illustrate the many, varied opportunities available in retirement. Your marketing must appeal to segments of one, each re-thinking and re-defining retirement for themselves. 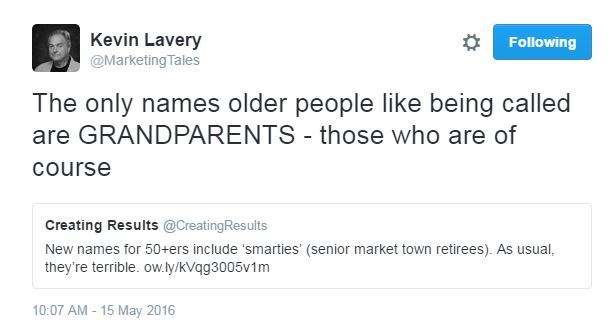 Check out the RELATED items below for more on the name game.

And, finally, a Millennial & a Baby Boomer discuss aspects of life that help define their generation: http://indy.st/1ZXy0Ku.