Did you watch the Super Bowl last night? Was there a commercial that you felt would resonate with older adults … or perhaps one that would repel them? Please share your thoughts on the best and worst for 50+ers in the comments.

Our game plan hasn’t changed. It’s Monday, and that means charging up the field with the week’s top links for mature marketing professionals.

1. MOST SHARED: On Wall Street reports that Merrill Lynch has appointed its very first gerontologist. We asked … are they late to the Baby Boomer party? Could they have started better understanding this cohort sooner?

Merrill Lynch’s new hire, Cynthia Hutchins, notes that this generation has a wide variety of financial planning options to consider:

“‘From a financial planning aspect, if I want to travel the world, then there’s a cost for that.  That needs to be planned for,’ Hutchins says.

And clients’ concerns are not just limited to traditional retirement issues, she says.  ‘They’re thinking multigenerational, both up and down,’ Hutchins says.

Some clients may have elderly parents that need to be cared for. They may have adult children and grandchildren who need assistance too. Many Americans also have to consider what kind of inheritance they want to leave to their descendants; assets or life experiences?” 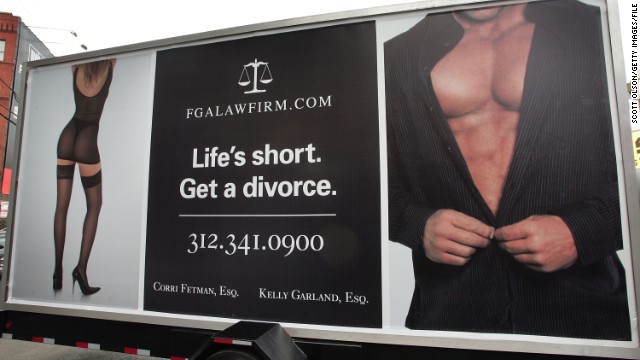 2. MOST CLICKED: As the US divorce rate drops overall, the Baby Boomer divorce rate is surging. Why? Dr. Pepper Schwartz, the “love & relationship ambassador” for AARP (among other efforts) shared her thoughts in a CNN op-ed this week. She feels the cohort’s unique social history makes them more prone to divorce:

“They cut a swath through history partly because of their bulk — 26% of the U.S. population — and partly because of their critical approach to the status quo. As young adults, large numbers of them were part of the civil rights, anti-war, gay rights and women’s movements. Books and magazine articles in their time attacked (and counterattacked) traditional gender roles — and the institution of marriage and its traditions.

Boomer women experienced more recreational sex and more sex partners than women in previous generations. New job opportunities and careers helped create the changes in household formation (such as who was or wasn’t home during the day, who did less or more housework, and who wanted more or less sex) that disrupted traditional marriage.

As a result, the boomers experienced decades of relationship innovation, creating cultural confusion about whether marriage was necessary, and what made an excellent — or even adequate — marriage.

As boomer men and women wavered between choosing self-fulfillment over older traditions of duty, loyalty and lifetime marriage at any cost, the institution of marriage became, over time, more of a voluntary association than a predictably permanent one.”

Certainly the photo that accompanied the piece, also shared above, was unique.

RELATED: Statistics on smartphone and tablet use by age and gender