Welcome back to our Monday links round-up!

Faithful followers of this weekly recap of 50+ marketing links might have noticed we missed last week. Blame it on me. I was enjoying Jazz Fest in New Orleans and much as I love my job … Springsteen, Chick Corea, George Porter Jr. and John Fogarty were the links I was focused on.

Often music is about transformation. Whether it’s an artist evolving from a Bay Area boy into a voice from the Bayou or a song that chronicles social or personal changes, transformation is a central theme. It is for today’s links round-up, as well. 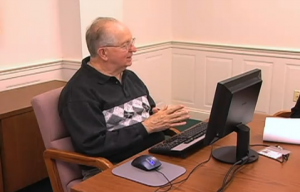 1. MOST SHARED: Could a connection to the Internet transform an elder’s life? Yes, says Shelia Cotten, a Michigan State University professor whose research found that Internet use among the elderly can actually reduce the chances of depression by more than 30 percent. Especially for those seniors who live alone, the Internet can transform a potentially disconnected life into one that is less isolated.

Read an overview of the study: http://bit.ly/1qvPOPA

2. MOST CLICKED: Creating Results’ Todd Harff recently blogged about a transformative idea of aging, and his thoughts struck a chord with readers.

“One thing we love about marketing senior living is the chance to collaborate with organizations that help people live rewarding, meaningful and engaging lives.

But do most organizations genuinely believe this is possible regardless of age and health challenges? Do their residents and team members share these beliefs? And do the organization’s words and deeds support a transformative idea of aging?”

The idea of  transforming aging is one Creating Results has been exploring for years on this blog and in other channels. Todd included a link to a 2007 (!) article he’d written for 50+ Housing Magazine, “Working for a Life, Not a Living,” and it 72 readers clicked through to read it. In 2012, we’d asked the senior living industry to begin “Re-Thinking Retirement” and offered 6 lessons for marketers. Links below to each of these resources.

We hope you’ll push the conversation forward by adding your comments to either post.

* 60% of US internet users are more concerned about how companies protect personal data than they were 12 months ago. Baby boomers appear the most worried, with 40% saying their concerns had increased barely, 14% saying it had gone up moderately and 27% registering a significant increase.

While we appreciate the data (and it backs up our own Social, Silver Surfers research) we called the GfK researchers to task on Twitter for their STUPID labeling of those 69 or better: “pre-boomers.” As my teens would say, puh-lease.

It’s disrespectful and shallow to define the generations who preceded the baby boom by the boom! These folks fought world wars. They were at the front lines of every major civil rights struggle. They are members of cohorts with distinct characteristics. Please, GfK, try calling them seniors, elders, matures, older adults … Or better yet, put a finer point on the birth dates and show us data for Silent Generation vs. Greatest Generation vs. the Boomer cohort.

* Todd Harff and I had the privilege of speaking to LeadingAge Massachusetts members at their annual conference last week. As we explored what senior living organizations must do to attract the next generation of followers, we shared several stories of transformative organizations. This photo of Todd kicking off our session was retweeted by several followers.

* Prudential is following up its terrific “Day One” creative with a new campaign, “Chapter Two.” It’s all about transformation!

“The “Chapter Two” multiplatform effort features a series of documentaries, online ads, outdoor and radio that tell the stories of retirees who have begun to fulfill their real dreams only after ending their well-established careers. But not only do the retirees star in the campaign, they created some of it too.”

See more at http://bit.ly/1l32B51. And let us know what you think of this campaign — or any of today’s links — in the comments below.