“As you grow older you will discover you have two hands, one for helping yourself, the other for helping others.”

Every Monday, we round-up the mature marketing items that got the most engagement across our various social channels and deliver them directly to you. Read on for last week’s top attention-getters! 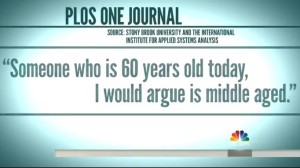 1. MOST CLICKED: People are aging more slowly than we think. That’s the conclusion reached by researchers from the International Institute for Applied Systems Analysis (IIAS) in Austria and Stony Brook University in New York. Per NBC Health contributor Joan Raymond,

“In this new study, researchers looked at the population composition of 39 European countries. They then compared the proportion of the population that was categorized as “old” by virtue of chronology alone — being age 65 — to the proportion based on a newer measure of age that they developed, which includes changes in life expectancy.”

In other words, longer life spans have meant that concepts such as “middle age” are shifting and changing. A TODAY Show piece looks at the research and adds a little of what Creating Results calls “me-search” — anecdotes and personal takes on the topic.

Should you panic or prepare?

* The World’s Oldest Nations by Population and the Implications. While Japan keeps its hold on the #1 spot, Europe claims the rest of the spots on a top 10 list of the oldest countries.

“Demographic experts suggest that the world as a whole has been aging rapidly over the last two decades: UN population projections for 1999 showed, for example, that more than half the global population was older than 26.4 years of age.” http://bit.ly/1JkDVRK

* I often feel chained to my mobile phone. Apparently, that attitude shifts with age, as seniors are the age group most likely to say a smartphone is “a liberating experience.” http://pewrsr.ch/1FKqsng 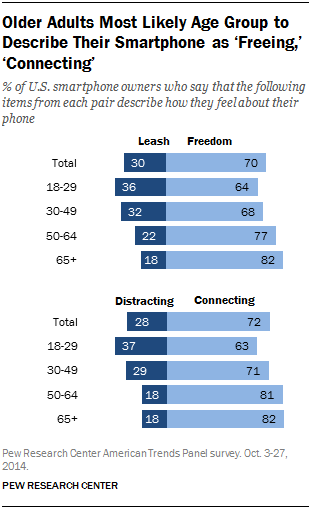 We hope you’ll feel free to tell us how you feel about this post, or any mature marketing topic! Please use the comments tool, below.