For newer subscribers, each Monday we round-up the top links of the week for those marketing to baby boomers and seniors. “Top” is judged by engagement on Creating Results various social channels — clicks, retweets, likes, etc. For long-time subscribers, thanks for tuning in each week!

1. MOST CLICKED: The older population increases, but younger, Millennial cohort is now larger and has greater diversity.

Some statistics about American 65+ers, per the Census Bureau:

A big finding of the report was America’s growing diversity. Well, the younger generations are more diverse. Only 21.7% of those older than 65 are part of a minority, which the Census Bureau defines as “a group other than non-Hispanic, single-race white.” Contrast that with the Millennial cohort, in which 44.2% are part of a minority. This MarketingCharts graph illustrates: 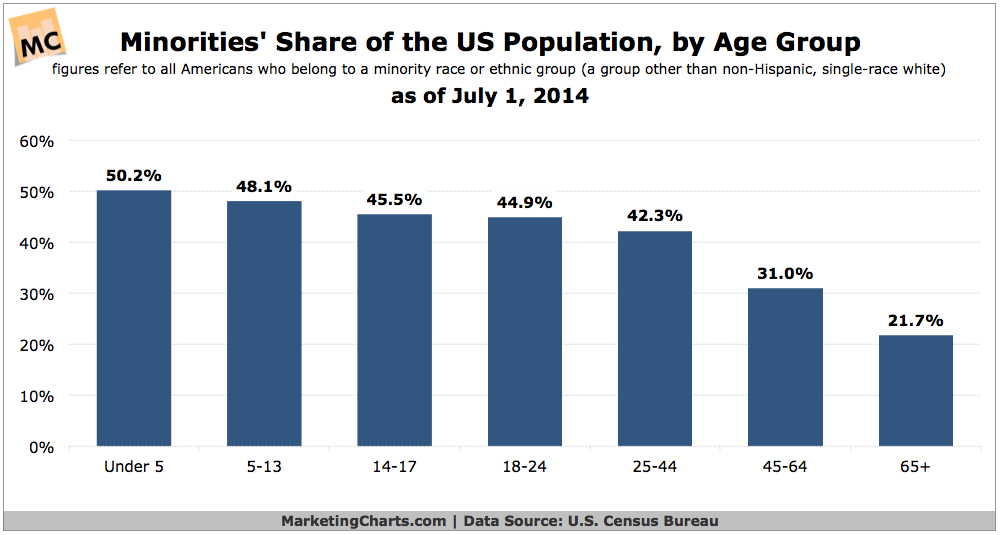 2. MOST SHARED: Wondering how Sumter county, Florida, got its majority 65-and-older population? Two words, one massive master development: The Villages. The New York Times looks at “The Giant Retirement Community That Explains Where Americans Are Moving.”

* Want to connect with baby boomers and seniors? You have to take your email marketing “Beyond the Blast.” July 30 WEBINAR: http://bit.ly/1Hjv0S0

* TV watching continues to dominate the time of older adults, while radio has a pretty consistent, ageless reach: 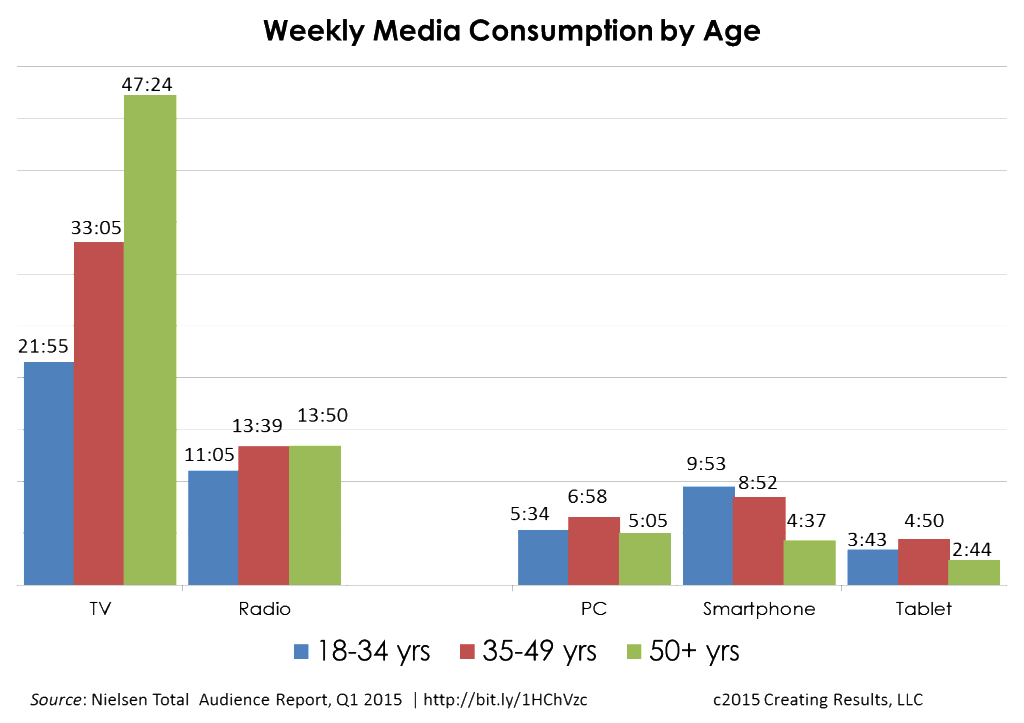 A final thought for those marketing to baby boomers and seniors … Today is the White House Conference on Aging. You can both watch TV and use your PC (or other device) by tuning into their all-day livestream of the event: http://t.co/L6F8RqlgIf.