Many of our readers may have included fitness in their 2016 New Years Resolutions. But what about “brain fitness,” that new and growing industry based on the concept that we can rewire and strengthen our neural pathways as we age?

This week’s round-up of mature marketing articles and resources shares recent brain fitness news. The post also addresses news itself — specifically, newspapers, that older and shrinking industry based on the concept of delivering local topics on printed sheets of paper. We wrap it all up with a quote timely for today, Martin Luther King Jr. Day. Read on!

1. MOST SHARED: Per Alvaro Fernandez, chief executive of SharpBrains, a market research firm SharpBrains, “worldwide revenues of the brain fitness industry surged to more than $1 billion in 2012 from $200 million in 2005 and are expected to surpass $6 billion by 2020.” As reported by Crain’s Chicago Business, this industry is dominated by two San Francisco companies — Posit Science and Lumos. 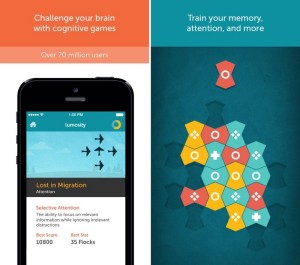 While many aging experts suggest that no software can achieve what physical fitness and lifestyle can, Lumos and its Lumosity brain training games certainly have gained popularity. Last week they also gained a $2 million fine from the Federal Trade Commission (FTC).

As the MinnPost reports,

As part of the settlement, the San Francisco-based company must also notify its customers, many of whom pay an ongoing $15 a month to use its products, about the FTC action and give them an easy way of canceling their subscription.

‘Lumosity preyed on consumers’ fears about age-related cognitive decline, suggesting their games could stave off memory loss, dementia, and even Alzheimer’s disease,’ said Jessica Rich, director of the FTC’s Bureau of Consumer Protection, in a released statement. ‘But Lumosity simply did not have the science to back up its ads.'”

MinnPost notes that 69 neuroscientists and cognitive psychologists had, in 2014, issued a letter warning people not to be duped by brain training products. Boomer advertising expert Chuck Nyren had long taken issue with the fear-based advertising approach used by Lumosity and other brain fitness companies. Nyren wrote in 2009:

“You certainly get the ‘hard-sell’ impression that if you don’t buy and play these games, eventually your brain will leak out of your nose and ears. Why not just tell the truth? These are high-tech, stimulating computer-generated exercises that will help keep your mind sharp – are structured, measurable to some degree (so they’re useful for medical research), and quite entertaining.”

Nyren had been predicting a brain fitness backlash for some time. The FTC fine seems to have proven his brain, at least, is firing properly.

SharpBrains report – “The Business and Ethics of the Brain Fitness Boom:” http://bit.ly/1SrHv4p

2. MOST CLICKED: The Boston Globe recently switched vendors for the delivery of its print newspapers. The fact that reporters themselves ended up placing issues in the hands of subscribers should tell you the transition hasn’t gone well. 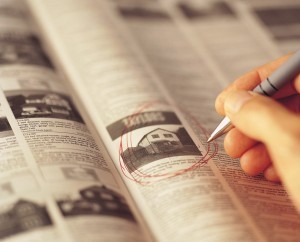 Gordon Plutsky of the International Data Group looked beyond the headlines and found another story. The story Plutsky tells is of a powerful group of consumers — Baby Boomers — still happily using print newspapers.

“Their attachment to print newspapers is not instead of digital, but rather in concert with their use of online channels such as social and mobile. They are truly omni-channel media consumers and should be treated as such. Newspapers would be wise to give them extra attention because the next generation of print lovers are not walking through that door.”

Read the article in MediaPost: http://bit.ly/1lnuvyq

At Creating Results, we have been preaching about the power of print for years. Please click on some of the related features, below, to learn more.

3. Also of note: Happy 70th birthday, Baby Boomer! Here’s your gift — a big box of financial and other worries. The Kansas City Star’s Lewis Diuguid writes that while most older boomers will enjoy greater longevity and more opportunities, there are also concerns. “[M]ore than four out of 10 of the boomers hitting age 70 this year ‘risk running out of money in retirement,’ according to the Employee Benefit Research Institute. More are likely to continue working, and by 2022, nearly a quarter of people age 70 to 74 will be working, double the amount in 1992.”

Today in the United States many are observing Martin Luther King Jr. Day. I was struck by this quote of his, and wanted to share:

Well, you may go on and live until you are 90, but you’re just as dead at 38 as you would be at 90. And the cessation of breathing in your life is but the belated announcement of an earlier death of the spirit.” ― Martin Luther King Jr.