Will Facebook Paper Reach the Doorsteps of Baby Boomers and Seniors? 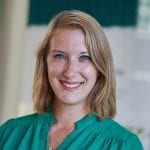 What is Facebook Paper, and why should those marketing to Baby Boomers and seniors care? Facebook Paper is the social network giant’s newest way of delivering content and putting its stamp on the digital world. But it’s not just about providing you with the newest way to reach your personal social newsfeed. Facebook Paper allows you to connect and read all news that is important to you.

I recently began using Facebook Paper and I found it quite intuitive and super-sleek. I have enjoyed it so much that I vowed to never go back to using “regular” Facebook again. If you’re interested in seeing how it works, they’ve created this 2-minute introductory video on how it works.

In the segment, you see there is a subtle nod to the fact that they would like for this to replace your daily newspaper. Or at least that’s what they are hoping. Facebook created the app (only available to IPhone users) to continue to be not only the leading social network, but to chip away at online news sources. Paper combines the two into a one-stop shop.

You not only get to connect with your friends, old and new, but you can select other topics to view. Choose from such areas as “Headlines” (top news), “Score” (sports), “Flavor” (food topics) and “Cute” (all the kittens and puppies you can handle). Customizable, relevant news plus your social network – an ideal for most people in this fast-paced world we live in today.

Creating Results’ 2013 Social, Silver Surfers study found that, despite the fact that social networking activity by older adults has grown in the past 3 years, there is still reluctance to adopt social amongst the older generations.

Most think it’s a waste of time, or it’s too commercial, or it’s a breach of their privacy. So, now that Facebook has taken a more grown-up approach with Paper, will that change the perception of social networking in seniors? Will they even consider the app given the stigma that Facebook has in their minds? Only time will tell, but our guess is that as with its predecessor, seniors and boomers will likely be late adopters to Paper if at all.

How Facebook Paper affects the way we market to Baby Boomers

If your business is already on Facebook and attracting the 50+ audience, then there’s nothing you need to change. The information you put on Facebook will automatically be put onto Facebook Paper. There is no need to make additional posts in one place versus the other.

Currently, Facebook Paper is only available to those with iPhones. It has not trickled to those with iPads or for Android users. And while Mobile and Tablet users among the older generations has increased (some as much as 117% in the last year, as seen with our client North Hill), the dominant way for your prospects viewing you online is still via their desktop (more than 75%). Therefore, the chances that your older audience is using Facebook Paper are quite limited at this stage.

What’s all the hype?

Therefore, while it’s a very intuitive and sleekly designed application, we at Creating Results do not see boomers and seniors trading in their New York Times subscriptions just yet. (Print is still a very valuable medium to Baby Boomers.) Nor do we even envision them seeing the need to combine their online news sources with their social networks.

Tell us, have you downloaded Facebook Paper yet? Do you think older generations will jump in? Share your comments with us.