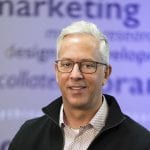 Good Monday morning before Thanksgiving! Many of us have a short work week, and are thus preoccupied with what’s going to be on the dinner table on Thursday. But in the  meantime, let’s look at some insights.

Our mature marketing links this week tell us that newsprint advertising still has the power to motivate consumers (subscribers), especially older ones, despite the fact that print subscriptions continue to decline. And in another twist, we hear that millennials are increasing living back home with their parents and wonder how that will affect buying decisions of both groups.

1. MOST POPULAR: While consumers in the digital era have a multitude of choices for accessing coupons and discounts, newspapers are still a primary source. It appears that coupon-cutting is not yet a dead art.

eMarketer reports that reliance on coupons found in newspapers increases with age, suggesting that newsprint advertising still has the power to motivate consumers (subscribers), and may be most effective for this target group, despite the fact that hard-copy newspaper subscriptions overall continue to decline. Perhaps not as surprising, data from CreditCards.com shows that women use printed coupons slightly more than men, and use among of printed coupons among all age groups declines as income increases.

A separate August 2014 study by Valassis found a high prevalence of paper coupon use among internet users (89%), yet many marketers are still trying to reach coupon clippers primarily via mobile. Seems they aren’t considering the enduring power of paper. The older you are, the more likely you are to use newspaper coupons: 42% of 50- to 64-year-olds and 53% of those 65 and older.

“In 1968, most 18-to-34-year-olds were from the Silent generation. In 1980, most were Boomers. In 1999, most were Gen X. Now, most are millennial. And they’re more likely to live at home than their parents, grandparents and great-grandparents.”

Author Philip Bump questions the reason for this trend but finds no solid answers.

How will this trend will affect the living and purchasing choices of the older generations? Think housing, travel and consumables…. The jury is still out, so this is certainly a trend to keep watching.