Better 50-plus Marketing, Brought to You by the Letter “D”

Each Monday, we round-up the top 50-plus marketing resources of the previous week. Today’s post quickly shaped itself around a certain letter … 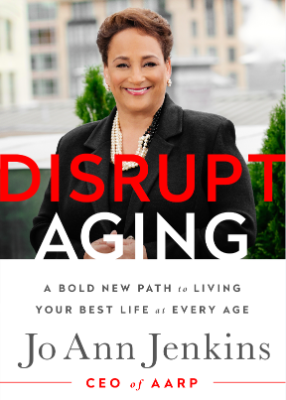 Our MOST CLICKED item of the week was a post by Jo Ann Jenkins, the CEO of AARP, titled “It’s Time to Disrupt Aging.”

Jenkins reinforces what readers of this blog already know: societal perceptions of aging have changed.

“Middle-aged,” for instance, was once viewed as starting at 35; now it’s 55 or older. Those who are middle-aged also are not behaving the way their grandparents did.

And yet, as Jenkins writes …

“With these changes in mind, it’s odd that so many negative attitudes about people over a certain age, whether directed from the outside or, worse, self-inflicted, are alive and well. While expressing negative judgments of others based on race, ethnicity, gender identity or sexual orientation is no longer socially acceptable to most people, doing the same thing around someone’s age is often still seen as acceptable. The reality on the ground around aging may have changed, but attitudes haven’t.”

I cringed when out to dinner with friends and one of them referred to our (60-something) waitress as “Grandma.” (She didn’t hear it. I tipped her extra.)

You’ve no doubt cringed at some of the TV ads that infantilize or patronize older adults.

We all cringe when ageism keeps older adults under-employed or puts them first on the chopping block, in favor of younger recruits. A Facebook post by a woman refusing to buy “anti-aging” skin creams struck a chord with so many that it’s been shared 4,200+ times and received more than 5,000 comments. These are the attitudes that pervade.

That’s why I love Jenkins’ challenge to DISRUPT:

“Disrupt Aging is not about denying aging, or defying aging (good luck with that, btw), it’s about owning your age – and embracing the opportunities to live your best life at every age.”

Digg and Delicious (formerly del.icio.us) are just two digital places where you could / should be sharing your content.

DoFollow is what you want search engines to do when they find a link to your site — follow it!

All three Ds are part of some Divine advice by way of Larry Kim, the Deeply savvy founder and CTO of WordStream, and the source of our MOST SHARED item of the week: “The Ultimate 40-Point Checklist for Smarter Content Marketing Strategy.”

The checklist is actually an A to Z list of tips for creating and promoting content more powerfully. Here’s an excerpt from the infographic, which was created by Page Traffic: 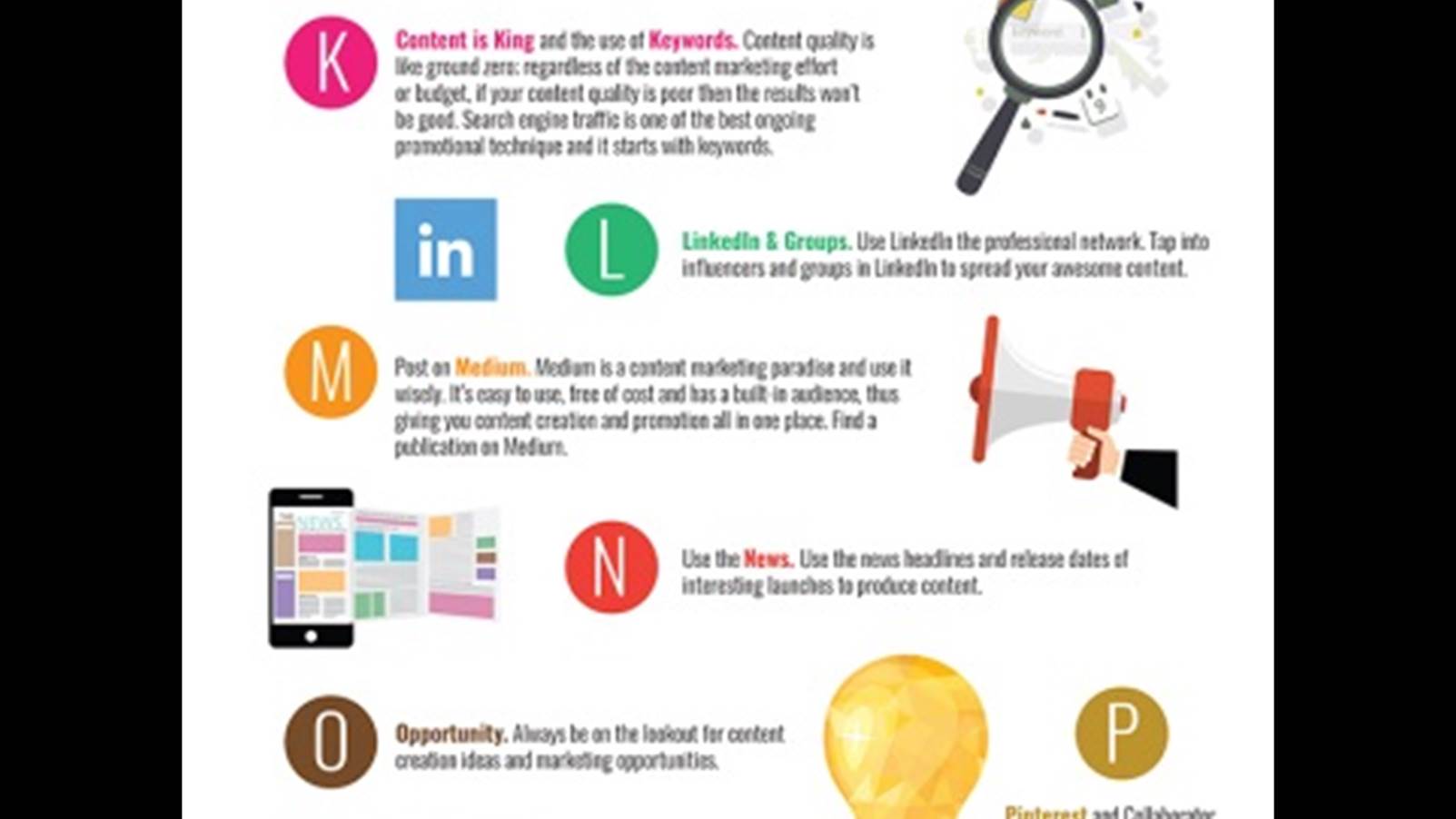 Despite our D theme today, I picked the section with L for this excerpt because at Creating Results, we love LinkedIn. It’s a terrific way to reach 50-plus consumers and professional influencers. As I wrote in 2009 (!), LinkedIn is a place where you are virtually guaranteed to find affluent, educated and mature consumers online.

Download the infographic: http://bit.ly/1VTW4iR. Then please return to this post and let us know if there are any tips that surprised you — or new ideas you’ll be giving a try!

From the high-tech to the highly-reliable …

This week’s MOST OFTEN OVERLOOKED item is about the future of so-called “terrestrial radio,” you know … AM/FM. 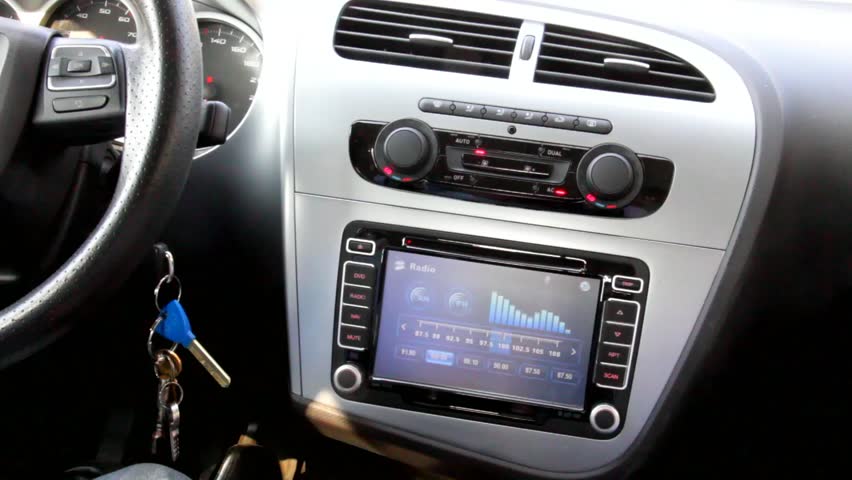 “We’re used to hearing that young people are no longer reading newspapers or subscribing to cable. Logic would suggest that a similar transition is inevitable for radio. But radio is also in a unique, lucky spot because it’s usually free, it’s ubiquitous in cars, and it can be listened to as a form of background entertainment. So will it manage to escape newspapers’ fate?”

The problem, reports Nieman Lab, is that younger people aren’t developing the habit for listening to radio. They quote Larry Rosin, president of Edison Research:

Given this statement, I would have liked it if Nieman Lab included more charts related to radio and older adults in its coverage.

That said, read the full article at http://bit.ly/26o1KFt.

Is radio maintaining a spot on your marketing program “dial”? Share your thoughts, below.