Mature Marketing Links of the Week: Giving and Graying

Happy Monday!  Before we jump into the mature marketing stories of the past week that generated the greatest amount of interest around the water cooler, we pause to honor Martin Luther King, Jr on this holiday Monday.  His words were inspiring and his efforts so important in shaping the future for us all.

I believe that unarmed truth and unconditional love will have the final word in reality. That is why right, temporarily defeated, is stronger than evil triumphant. – Martin Luther King, Jr.

MOST CLICKED: A majority of individuals were intrigued by a recent Forbes article detailing the graying of America.  Entitled “Aging America: The U.S. Cities Going Gray The Fastest”, the article highlights research into what cities not only contain the largest concentrations of those 65+, but cities that have seen the largest gains in this segment over the last 3 years. 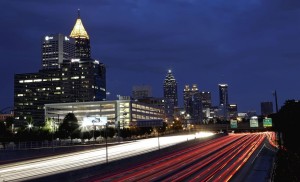 Some key findings include:

* The overall senior population has increased 29% since 2000, compared to the general growth of population at just 12% since 2000.

* Florida continues to have the highest concentration of seniors, with the Tampa-St. Petersburg area having the largest in-state percentage.

* Pittsburgh has the second largest concentration with 18% of the population over 65.

* Those cities with the lowest concentration of seniors: Salt Lake City, Houston and Dallas-Fort Worth.

The report also examined cities that have seen the largest increases in this part of the population. However, it first noted that in many cases the reason for the increases are partially based on the fact that many actually relocated when they were younger, and have simply decided to remain in their current towns. So who is graying the fastest?  According to research the top locations include Atlanta, Raleigh and Austin.  And, the article noted, the suburb areas of these and other locations are seeing the largest gains with many moving away from the big cities.  For marketers targeting mature consumers, knowing the demographics of your regions is key to ensuring your messaging is aligned with reality.

MOST SHARED: The Chronicle of Philanthropy recently released what it says are “6 Trends to Watch in 2015”. Overall, the article noted that charitable giving in 2015 is predicted to exceed pre-recession highs, potentially making it a record year for many organizations.

Despite stock-market volatility and weaknesses in the global economy, experts say we’re headed for another year of increased giving, thanks in part to an acceleration in the generational transfer of family wealth.

1. Nonprofits and foundations will continue to see a changing of the guard in leadership, with many baby boomers stepping down from key roles, opening doors for Gen X to take charge.

2. Many nonprofits are helping people raise larger amount of money and generate more exposure to their efforts by providing how-to inspirations.  One example was a recent program by The World Wildlife Fund which encouraged supporters to turn milestones such as birthdays and events into fundraising opportunities.

Discover more trends when you read the complete article.