Growing up, the town next to ours hosted the oldest 4th of July parade in the nation. It still does.

The roads in Bristol, RI, are marked not with yellow dividing lines, but red-white-and-blue stripes. Houses are festooned with flags, banners, lights … you name it. There’s even a giant, independence-themed Mr. Potato Head. 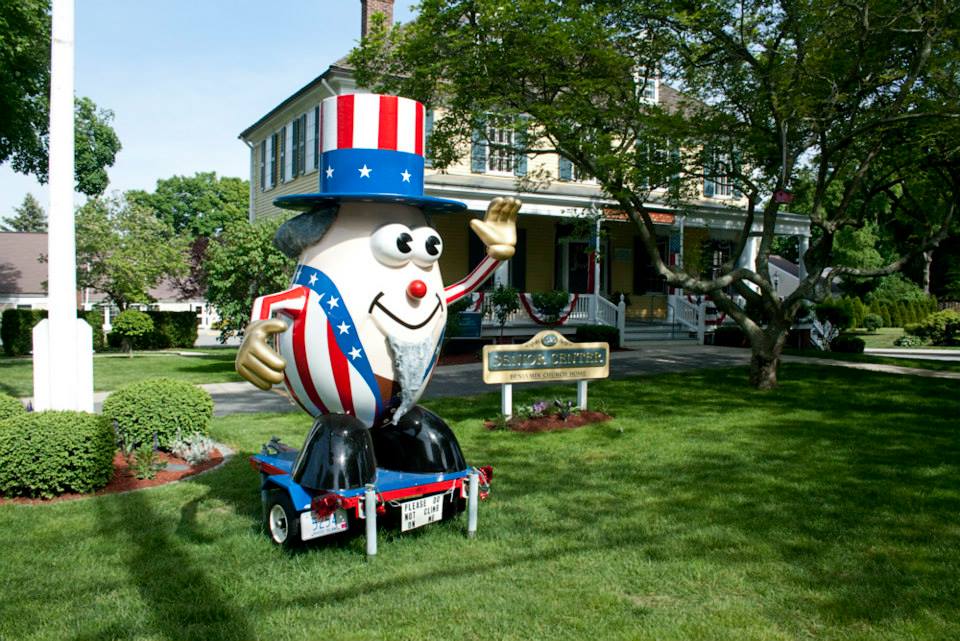 Customized for Bristol, RI’s 4th of July celebrations, Mr. Potato Head spends much of the year at the local senior center.

Parade-watchers arrive before dawn to set up their chairs along the route. My large Irish-Catholic family (10 cousins on one side, 9 on the other), staked its claim on the same spot every year for decades.

In 1971, a group of American veterans tried to march in the Bristol parade to protest the Vietnam War, and they were initially rejected by organizers. When they did get approval to march, they were treated quite badly that first year. The crowd’s reaction to them was, at best, lukewarm in the years that followed.

But in 1977, as the veterans reached our group, a trio of my older cousins began to sing “God Bless America.” I was still quite young, but I remember them marching toward us. We all quickly stood and picked up the tune. The vets stopped marching to listen.

When the song was done, we applauded mightily. Some veterans wept. Many of our group did as well. They thanked us.

And they began to march again until another group of parade-goers gave them an enthusiastic cheer, and the tears began again. 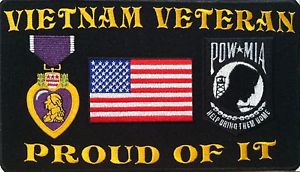 I can’t claim that our family alone changed perceptions. However, the tide was turning.

“Beginning about 1977 the veterans have been received by the parade viewers with applause and an outpouring of emotion usually reserved for a hero’s homecoming. The veterans have been so moved by their reception of recent years that they wanted to make the 1987 parade a special homecoming: they invited Vietnam Veterans from all 50 states to send representatives to march with them in Bristol.”

Fast forward several decades and an LGBTQ “pride” group received approval to march for the first time. They were given the very last spot in a very long parade on a typically very long day. While most parade-watchers hustled to their cars, our family insisted on standing to cheer on the marchers. It felt … well, patriotic.

Generations evolve. So does the way “patriotism” is expressed.

Patriotic feelings aren’t limited to Bristol, RI. (Though it does feel like “Patriot HQ” at times.) Feelings vary among and within generations.

1. Younger generations of Americans feel the least patriotic. Per a 2014 report, 49% of Millennials said “patriotic” described them well vs. 81% of Silent Generation members. 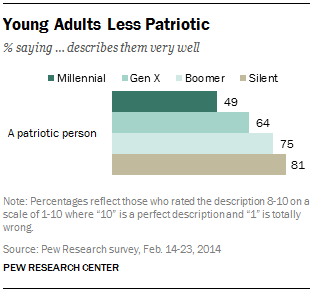 2. Millennials also may be the consumer group most likely to prefer a “Made in the USA” label … at least when it comes to cars.

3. There are nuances to patriotic feelings within generations and within ethnic groups.

Take a look at research done by genYZ Network in September of 2016. The first chart looks at five-year segments within generational cohorts: 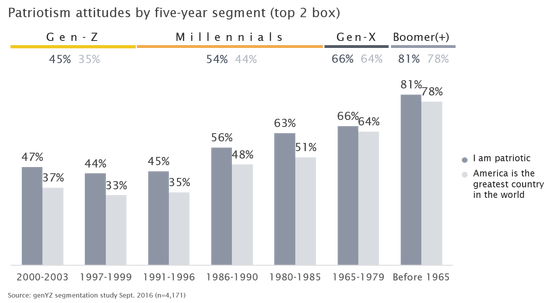 The second looks at the attitudes by race within generation: 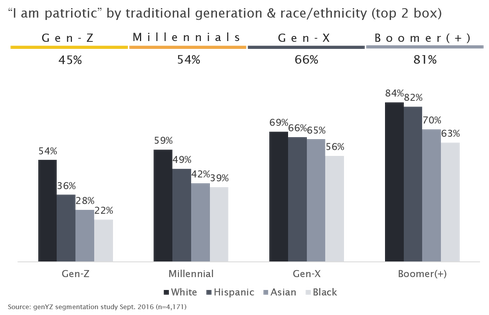 4. The number of Americans overall claiming they were “proud to be American” has declined over the years.

While Gallup’s 2016 report agreed for the most part with Pew’s research (young adults least likely to be “proud”), it also found that “those aged 50 to 64 (64%) are the major subgroups most likely to say they are extremely proud to be Americans.”

Creating Results team members like to remind marketers that when you have any “cohort” as large as the Boomers, you have 78 million individuals. (There are 83.1 million Millennials.)

Don’t make blanket assumptions when picking photography or iconography for marketing. The peace symbol, hippies at a protest … These are often plopped into ads to indicate “I’m a product for Boomers!”

However, one Vietnam War-era target may be proud of dodging the draft, another equally proud of his service. One older adult might believe that the flag burning at Woodstock was a patriotic expression; the other might have felt it was treasonous.

For some, there is nothing to love about the “summer of love.”

(If you can’t see the video above, click on the headline of this post to view it online. It’s a “Touch of Gray” ad that I’d venture is more than a “touch of shallow”.)

It’s lazy as well. Modern marketers have more ways than ever to understand and segment their targets. Use that knowledge to target and connect! Honor individual experiences and create a deeper connection around what older adults truly want:

Life, Liberty and the Pursuit of Happiness.

The Creating Results team wishes our American readers a Happy Fourth of July!