Mature Marketing Links of the Week – Selfies and the “Look”

Happy Monday!  I don’t know about you, but I’ve become obsessed with the Olympics – watching athletes go for the gold.  Here are the mature marketing articles from the past week that were singled out as golden.  Have something to share, we’d love to see it in the comment section below.

In social media we creating a generation of narcissists?  This was the question posed in a recent article in Time by Peggy Drexler regarding the trend of taking and posting selfie pictures through social media. Drexler contends that new technologies have shaped every generation, including boomers, with millennials being far from the first to fall under the influence.

“Everything the baby boomers did was based on what they saw on television,” says Douglas Gomery, a media expert and journalism professor at the University of Maryland. “They grew up as television grew up, and each had an impact on the other.” The symbiotic relationship started with kid shows like Howdy Doody. 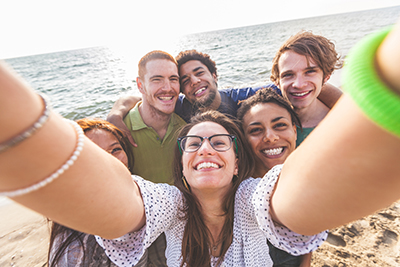 It progressed through the teen shows like American Bandstand. He says it was television coverage of Vietnam that pushed many to protest. It gave them live coverage of events like the moon landing, JFK’s assassination and Nixon’s resignation.

The baby boomers have had their ups and downs, but they ended up a largely happy and accomplished generation. Television didn’t ruin them.

Drexler also countered the narcissism train of thought by noting that social media may actually be achieving the opposite, providing increased self- esteem by letting the selfies of the world actually help build self-confidence.

Judy Oppenheimer received “the look” from her adult children.  As she called it, “the serious pained expression that comes over your children generally, your grown children, when they think maybe you’ve forgotten something or you’ve said something a little silly”.  Out of that look grew a story entitled Not Dead Yet: The Trials of Being – Not Caring Form, Not Dealing With But Being – An Aging Parent.

Oppenheimer spoke about her article and what she sees as a need to rethink the care conversation, allowing the parents to initiate the discussion.  A discussion that doesn’t always need to come from the assumption that just because a parent is aging they are struggling. A conversation that as marketers we can help drive by not always focusing on a problem that would facilitate the need for care.

It would be nice if we could see even in commercials now and then an intelligent comment from an elderly person because here’s the thing, as I mentioned, you know, this horrible statistic that at 85, after 85, half of us supposedly are showing some signs of dementia, which means half of us aren’t. And the fact is my father had Alzheimer’s, but also in my family I can just reel off about five cousins who are in their 90s, who are living on their own, who are just as bright and together as they ever were.

Oppenheimer went on to note that proactively preparing for the future and the impact aging has is important, but you don’t have to pity seniors or give “the look”.  Read the transcript: http://n.pr/1cos8jU