Ins and Sins and Generational Marketing

Our most-commented item of the week compares the costs of events and everyday expenses across the generations to answer the questions:

“Was it really different, back in the day? Do Millennials really have it harder?”

The answers seem to be yes and yes.

Before I go any further a not-so-nitpicky nitpick. The jobapplicationcenter team, which crunched the numbers and adjusted for today’s dollars, made an error that really burns me.

They lumped everyone born before 1945 into “The Greatest Generation.”

Sadly, this cohort is too frequently treated as the Invisible Generation, merged into the group that preceded them or the cohort that came after, the Baby Boom.

This is because the Silent Generation is a small cohort sandwiched between two large ones. They have never truly been silent (every leader of every rights movement in the 1960s and 1970s was a member of this cohort). But the generations on either side were so very big and so very noisy it can be hard to hear them.

The Silent Generation should be given greater respect. At the very least, they should be recognized as their own cohort!

Per the jobapplicationcenter, food prices have gone up in a way that might create a little empathy for younger adults. 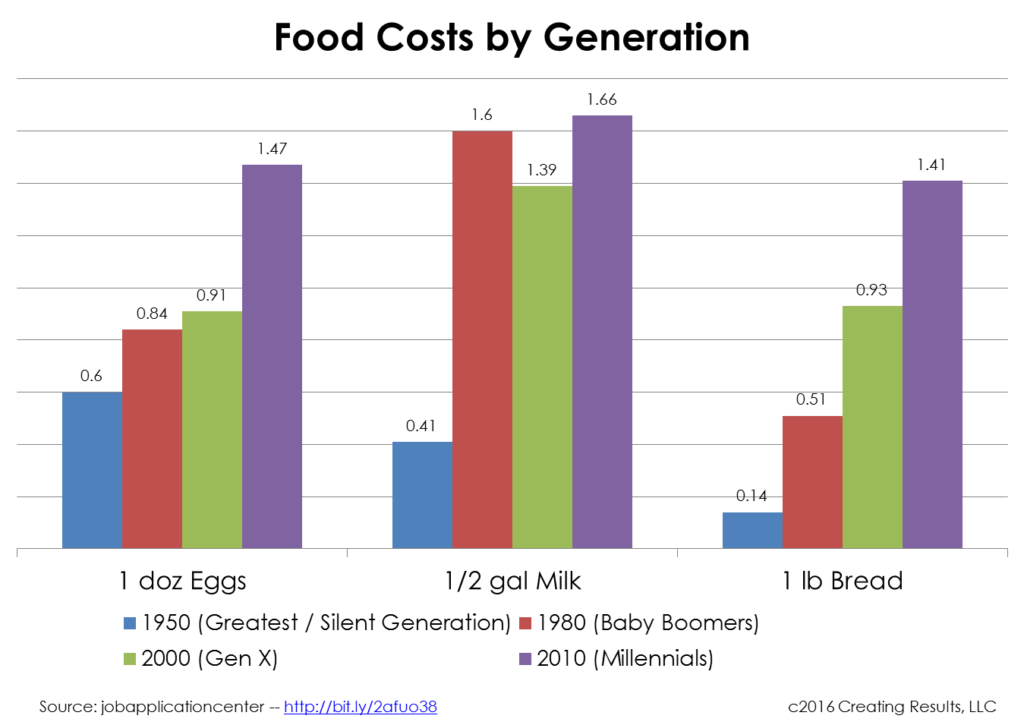 These stats prompted an interesting discussion via Facebook — how true were these cost comparisons? 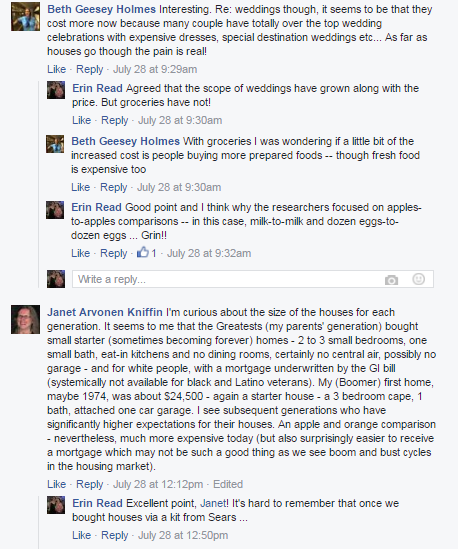 What are your thoughts? Please share them using the comments tool, below.

Turns out I share yet another trait with the mature consumers our agency focuses on:

“It seems baby boomers have had enough and are ready to give health professionals a cheeky two fingers up.

A new report has revealed over-65s are the most likely age group to drink alcohol every day, despite medical recommendations against it.”

(One foot on my generational marketing soapbox … Note that Boomers in the U.K. have a different birth date range than the U.S. — there was actually one peak in 1946 and one in 1964. Note also that “over-65ers” would still include many non-Boomers.)

This cheeky piece was our most clicked item of the week. Read more about what over-65s and their doctors have to say about this “vice:” http://bit.ly/2aCFLoe.

“Two Deadly Business SINS for the Price of One”

Gated content is that information hidden behind password protection or requiring the completion of a form to view.

Monty says gated content is too often the by-product of two of the seven deadly sins:

“Not only is that overkill (i.e. greedy), but it puts the onus on the consumer rather than on the marketer. The marketer should be in the business of building interest and trust over time. In other words, it’s lazy. BOOM. Greed and Sloth. Two deadly sins in one form.”

The form he uses as an illustration for this is a rather typical business-to-business form. It asks for too much information and becomes an impediment to the company starting a relationship with its prospective customer.

However, you know who else hates gated content? YOUR older adult targets!

In our 2013 Social, Silver Surfers research we found that 79% of those over 40 dislike required sign-up forms. Dissatisfaction with gated content had increased dramatically from our first edition. 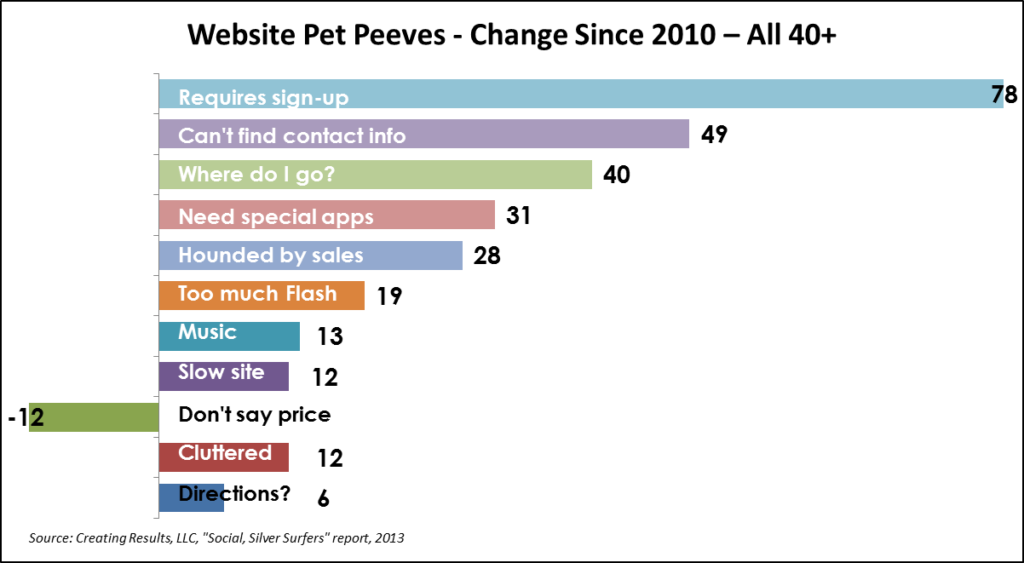 As one of our survey respondents put it:

“Signing up before I know what the site is about is like moving in with a man before dating.”

Regardless of whether older adults are grouped appropriately by cohort, one label that seems to work for the collective group of Americans aged 50 plus is ECONOMICALLY POWERFUL. 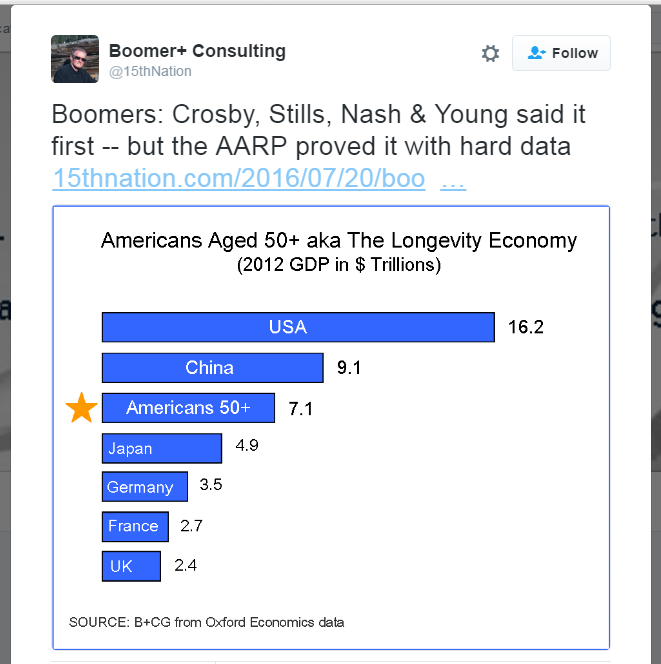 And yet … still ignored and misunderstood by advertisers?

We look forward hearing your comments on any of these links, or on other generational marketing resources of interest.