Should You be Using Snapchat to Market to Seniors?

Pokémon Go isn’t the only app that has millennials burying their heads in their smartphones these days. Despite having been around for almost five years, Snapchat is more popular than ever with the younger generations.

In fact, according to Power Digital Marketing, 60% of 13 to 34 year-old smartphone owners in the US are Snapchat users, thus providing many marketers a new avenue through which they can reach this demographic. As of June 2016, Snapchat has more daily users than Twitter.

Should marketers focused on older adults — Baby Boomers and seniors — be considering Snapchat?

Originally known as Picaboo, Snapchat was first introduced in September 2011 and is an app that allows users to send picture, video and text messages (referred to as snaps) to their friends.

Users can set these messages to play for one to ten seconds and can decorate them with text, stickers and interactive filters. Once the recipient has viewed the message, it disappears forever.

One of Snapchat’s most popular features is the ability to create a “story” for all of your friends to see. Rather than sending messages to friends individually, you can post the pictures and videos that you take throughout the day to your story. 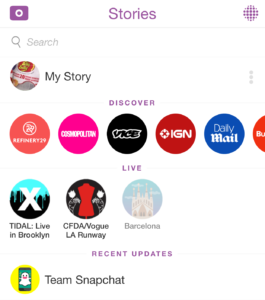 Although individual snaps only have a 10-second maximum duration, your story serves as a compilation of all of your snaps and is available to be viewed for an unlimited amount of time during a 24-hour period before finally disappearing.

In the nearly five years that have passed since Snapchat was first introduced, the platform has become much more than just a place for users to share their embarrassing selfies with one another.

Now, brands such as ESPN, Coca-Cola, Heineken and General Electric are using the platform as a way to engage with younger demographics, whether by creating profiles for their brand that users can follow or paying Snapchat to be featured in the “Discover” section of the app for all users to see.

This begs the question: should marketing professionals use Snapchat to reach the senior demographics?

Snapchat Not Such a Snap for Seniors Marketing

Due to the nature of the platform, Snapchat presents several challenges for marketing professionals in senior living, 55+ housing or other industries focused on older adults.

First and foremost is the fact that only 2% of Snapchat users fall under the 55+ demographic. 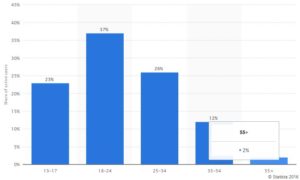 It seems as though many in this age group are only just getting used to the idea of Facebook and Twitter becoming a part of daily lives, so introducing them to a new, mobile-only platform at this time is a challenge.

In addition, Snapchat is far from being the most intuitive app on the market. Upon downloading Snapchat, it takes a certain level of curiosity to find out where many of the features are located, and how to take advantage of things such as filters.

All of the swiping and finger tapping it takes to figure Snapchat out is likely to put off many users, both young and old.

The brevity of Snapchat’s messages presents another challenge for marketing to seniors through the platform. In contrast, Millenials struggle to consume blatant advertising on social media for more than three or four seconds.

This is why Snapchat is so much more effective with a younger cohort. If they come across an ad that does engage them, they are more likely to view the ad for its entire duration and receive all the information they need about the product in 10 seconds.

Case Study in a Can

Coca-Cola’s first attempts at Snapchat marketing saw them repurpose the same television ads that they created for the NCAA Final Four tournament and have them run on Snapchat. Unsurprisingly, these ads did not perform well.

As a result, Coca-Cola took an entirely different approach for a subsequent Snapchat advertisement.

As the summer of 2015 concluded, Snapchat created a “Back to High School” story that allowed users to post snaps of their first day of school to the Snapchat account, which could then be viewed by all Snapchat users.

Coca-Cola ran an advertisement in the middle of the story where a student is shown quickly getting dressed for school. The entire ad was shot in portrait mode, giving the impression that it was a smart phone video taken by a Snapchat user.

The ad is very subtle, and the only time the company’s logo is seen is when the student puts on a Coca-Cola t-shirt.

The number of users who completed the entire video increased by 54%, most likely due to the fact that it was engaging and didn’t reek of blatant advertising.

The marketing of senior living communities and other senior products / services involves giving the audience sufficient time to digest layers of information so that they can make a decision. This decision-making journey often takes years.

Ten seconds is not what many would consider a sufficient amount of time to make such a decision. It’s hard to absorb nuanced messages about lifestyle, trust and healthcare as a clock counts down. 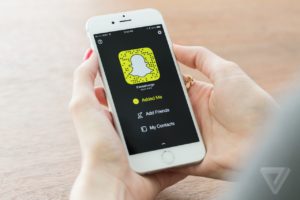 As such, what works for Coca-Cola may not work for senior living companies in regards to Snapchat marketing.

It also doesn’t help that users can’t refer back to the message in the same way that they would on a website.

Although a brand’s Snapchat story can be viewed multiple times for the 24 hours that they are available, it’s unlikely that people will want to skip through a story multiple times just to refer back to one bit of information that they want to view again.

So while Snapchat marketing may be a fun, engaging way to reach millennials, it is probably unwise to invest any resources in marketing to seniors through Snapchat. For the seniors that are on Snapchat, they are most likely not using it as a way to be marketed to. At the current time, there also isn’t enough of an audience to make for a worthwhile campaign for this market segment.

Do you agree or disagree with our thoughts on using Snapchat to market to seniors? Please share your thoughts below.