Sunset Daze is a new reality TV show on WEtv network. It has everything you expect in reality TV including sex, gossip, and situations set up (but not scripted) to increase the drama quotient. And it has something you wouldn’t expect – the stars are Baby Boomers and seniors living in an Arizona retirement community, ranging in age from 61 to 74 years old. 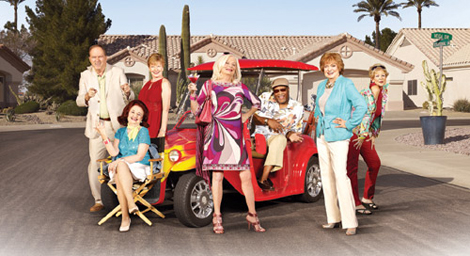 I watched an episode, and found it to be typical reality TV fare, which isn’t my particular taste. I did enjoy the fact that the residents in the episode seem to be enjoying the attention they are receiving. The show has sent several opportunities their way, such as a free ride in a stunt airplane. They also seem to enjoy being their age, despite any of the negatives of growing older.

Sunset Daze may not be my taste or yours. But marketers can get some good insights thanks to this show, which fights ageist stereotypes and gives us an insider’s view to a huge, vibrant segment of the population.

Tips from Sunset Daze for marketing to Baby Boomers and seniors:

• Don’t forget the romance. These folks don’t. Many of the seniors featured in this program are romantically and sexually active. Many were actively looking for new social opportunities when they choose this retirement community.

• You never stop learning. All the residents we meet on Sunset Daze view their move to Sun City Grand as an opportunity to try new things in life. They finally have time for the things they’ve always wanted to do, like learning to speak Spanish or learning to dance.

• Aging is not a fairy-tale. These seniors and older Boomers still have problems, some related to the realities of aging. Their lives are not problem free or pain free. While the show’s tagline states “The Golden Years Just Got More Golden,” residents still have surprises thrown at them, like an adult child moving back home to live.

• Growing older is okay. Our culture is swimming in decades worth of ageism, and TV – including reality TV – often markets the incorrect idea that all people value is youth. This group of matures is full of life, and they go to great pains to directly address the negative view that many have of people their age growing older. For example, Jack is the resident “Mr. Romeo” on the show. WEtv.com now features Jack’s blog called “Senior Citizens Not D.O.A. – as Many Think” , and he is doing his best to debunk myths about people his age.

Have you been watching “Sunset Daze” or reading Jack’s blog?  Share your thoughts below!