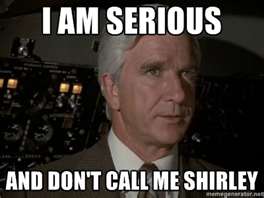 * A new ecommerce site debates, do we create a category for 40+ products or for aging needs or for more complicated prescriptions?
* A senior living community wants to ban the word senior from brochures.
* A 55+ housing builder wants to strike the word retirement from its website.

Across industries, marketers wonder … is any word safe for 50+ marketing anymore?

While Creating Results has addressed the “language of aging” on this blog before, the issue is not going away. And rightly so.

Today’s 50+ers are different than those of the same age in the 1970s. The industries that serve them are different, most notably in senior living where there has been a huge shift from a culture where older equaled frail patient to one where older now equals vibrant community member.

Why were marketers surprised that today’s older adults began challenging the words used to depict (and at restrict) them? The Silent Generation (born 1925-1942) is the same one that led the fight for women’s rights, civil rights, and gay rights. They didn’t do that without kicking several words to the curb. Then there are the rarely-silent Baby Boomers (born 1946-1964). As they clock more time on the planet, they’re calling a time-out on limiting words like cane or retirement, opting for positive-skewing walking stick and encore, instead.

As Jane Sherwin wrote in an excellent piece for LeadingAge Magazine last month,

“It’s more than the changing population that is driving this new awareness of language, according to Karen Schoeneman … a consultant on culture change. She says that as early as the 1980s there was a growing interest in changing a culture that represented patients as objects through its institutionalized terminology.

This is why when senior living leader North Hill embarked on a multi-million dollar campus transformation several years ago, one of their first acts was a training and discussion series about words. They built up their culture before tearing down buildings.

The Words We Love … and Loathe

1) Ina Jaffe is the aging reporter for NPR. After taking on this beat, she quickly came up against the language issue. When someone put a headline of “Elderly” on a profile of a 71-year-old midwife, “Listeners were furious,” she said.“Maybe once upon a time, ‘elderly’ referred to a particular stage in life, but now people think … it means you’re ailing and you’re frail.”

This prompted NPR to do a survey of its own. “Older adult” emerged the dubious winner — it’s liked by 43% of respondents; nearly 1/3 liked “elder” and nearly 1/3 liked “senior”… but not if paired with the word “citizen.”

As Jaffe reported yesterday, “The category of dislikes had the most enthusiasm. There were about three and a half times more votes cast for terms that didn’t like than for terms that they liked. And I can sum up the overall response by saying that they disliked pretty much everything.”

2) The fact that Ronni Bennett calls herself an “elderblogger” and frequently posts as “Cranky Old Lady” should give you a sense of her personality. In May she decided to get a sense of her readers’ preferences for aging language.

Like Jaffe, Bennett found that people are very definite about words they DON’T like, but can’t really say what they DO like. Note that some words showed up in both the yes and no columns:

Bennett doesn’t pull punches, and she has little patience for those who do.

“The cutesy-poo names and descriptions like golden ager, third ager, oldster and Portland, Oregon’s transit designation of ‘honored citizen’ are embarrassingly patronizing. In American English, no other age group but old people are singled out for disrespect in this manner.”

You’ll find Bennett’s results here: http://bit.ly/1mGkFqc. (For more insights, be sure to read the comments while you’re there.)

When we last blogged about aging language, Marilynn Larkin shared this comment:

“How about ‘people’? ‘Customers’? ‘Members’? The longer I work with companies that try to market to boomers, seniors, whatever–the more convinced I am that a demographic –age– is NOT a market. “

That post was almost exactly one year ago. I’d love to hear from readers — has your language changed in this past year? After these recent surveys, will it change in the next?

Or maybe I’m really asking, can 50+ marketing have it both ways: can we find ageless language that connects with consumers segmented by age?

50+, Boomers, Healthcare - CCRCs, Housing, Retirement
Mature Marketing Links of the Week – Is that All You Blighters Can Do?

Mature Marketing Links of the Week – Is that All You Blighters Can Do?

50+, Marketing, Mature Consumers
Mature Marketing Links of the Week – A rose by any other name …