The Impact of Social Engagement on Longevity; Fashion Industry and Baby Boomers 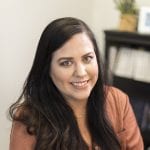 Happy Monday! Like every Monday, we are reviewing the most engaging content from the previous week. This week, for our “most clicked” item, we look at a project from Stanford Center on Longevity. For the “most shared,” is the fashion industry ignoring Baby Boomers?

Most Clicked:  The Sightlines Project

How long do you want to live? 76, 92, or even 101? According to The Sightlines Project from the Stanford Center on Longevity, three out of four Americans want to live past 100 IF they are in good health.

The research highlights three key findings to live a long and vigorous life:

The Sightlines Project graph (shown above) shows the change in percentages, over time, of Americans who are doing well in three key areas.

As shown in the project’s findings, health conscious behaviors like exercise are practiced routinely. More than half of the Millennial generation are getting the recommended exercise, states the project’s website.

Americans have made progress with avoiding behaviors such as smoking – which is one of the top preventable causes of early mortality – but other risk factors of health have emerged. Sitting, problems with diet and sleep are not only continuing to be constant struggles but all appear to be on the rise.

The Sightlines Project also investigates financial security and the impact it has on shortening the lives of Americans. According to the website, Millennials have amassed more debt at a younger age because of student loans than just 15 years ago and only one out of three Americans are opening retirement accounts before they are 55 years old.

The biggest influence for a long and healthy life is social engagement, including meaningful relationships and community participation. In a world that seems dominated by social media, social engagement is declining in the sense of traditional measures.

According to The Sightlines Project, neighbor interactions are less common which has a negative impact in times of stress or emergencies when proximity is important. Now generations, like baby boomers are less likely to be married, have weaker ties to family and friends, and are less likely to be a part of the community.

To read more about the three key findings and how to improve your longevity, visit the website here: http://stanford.io/2uQmR6h

The fashion industry has some explaining to do.

According to Jason De Winne, retailers are ignoring the Baby Boom generation and focusing on the “snapchatting Millennial generation.” 82% of customers aged 55 and older feel like retailers do not understand their needs. 95% would change their favorite retailers to one that does understand what they desire.

“Baby boomers have stimulated the economy and expanded public finances for decades by working longer than any previous generation,” said De Winne. Now, as this generation begins to retire, they spend more online and in store than Millennials.

Retailers are often overlooking baby boomers by embracing social media and creating loyalty plans based on avenues preferred by Millennials, such as Snapchat. The shift in advertising, according to the article, has created a dissonance from baby boomers and is severely straining their loyalty.

De Winne does state it’s not all doom and gloom. He identifies some measures that will help build loyalty to the influential over 55 consumer:

50+ Marketing Tip: Retailers who decide to focus on baby boomers and their needs need to understand audience segments and how a brand can build loyalty with customers of various ages. Check out what social media platforms your customers most likely use — for older adults, that’s Facebook, not Snapchat. Build campaigns around the features of your service and product that are high-quality and relevant to these targets.