If Monday has got you down, here’s something that will lift your spirits: it’s time for our weekly recap of the most engaging content from the past week.

This week, we take a look at a MediaPost article that breaks down characteristics of the different generations of media consumption. Also, a recent National Public Radio piece reveals how age discrimination in the workplace has become digital.

MOST CLICKED: Understanding the “Media Generations”

Recently, Steve Sternberg broke down the different “media generations” in an article written for MediaPost.

These are groups of similarly-aged people who have had access to the same media channels, programs or devices.

Marketers in the senior products/services industry will want to focus on the first two media generations that Sternberg singles out: the Pre-TV Generation, those born before 1950, and the TV Generation, born between 1950 and 1975.

While there are differences between the Pre-TV and TV media generations, they do have some common ground in regards to how they consumed media while were growing up: 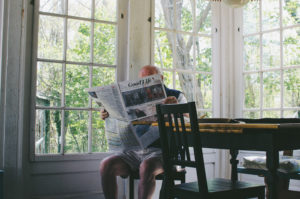 This is why Creating Results always recommends advertising across multiple channels in order to ensure maximum reach.

Think about it: before television, the most effective means of reaching those born before 1950 was through radio or newspaper. Eventually, they had access to TV, but most of them didn’t grow up with it. They’re likely to trust newspaper more as a result.

On the other side of the coin, the TV Generation grew up with television, and are maybe less reliant on newspaper than the generation before them.

Take into account all of the innovations that have affected the ways in which we consume media in the following generations. You will see that, while they definitely did not grow up with internet, smartphones and tablets, the Pre-TV and TV Generations have adopted these forms of media and are using them in their daily lives.

A unique aspect of older generations is that they can likely be reached through more media than the younger generations, such The Multiplatform (born between 1996 and 2010) and Mobile Generations (born after 2010), for whom trying to reach through traditional print media is an exercise in futility.

In the article, Sternberg is careful to note the difference between a generation growing up with certain technology as opposed to having access to it:

“The way my 17-year old son uses and relates to his smartphone will forever be different from the way I do, because he grew up with it and I did not … It is second nature to him, but fourth or fifth nature to me.” 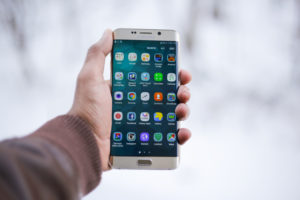 If you are marketing a continuing care retirement community (CCRC) or any other type of senior product/service, be sure you allocate resources to print, and broadcast media as well as digital.

Doing this will ensure that you are meeting potential prospects where they are as you work to build awareness for your product/service. Given the way the older “media generations” have adopted new technology, new prospects are found everywhere!

Are companies actively discriminating against older adults who apply for jobs online? According to a piece on the National Public Radio (NPR) by aging-beat reporter Ina Jaffe, they may be.

Jaffe reports that Illinois Attorney General Lisa Madigan is currently investigating various job websites due to a complaint she received from a 70-year-old man who was a victim of age discrimination built into a job search website.

Based on the man’s complaint, Madigan found that the website’s resume building tool could exclude people over the age of 52. This is because the website assumed that all users had held their first job from 1980 onwards. Madigan found similar limits with job search sites including Monster.com, CareerBuilder and Vault.

As we’ve shared previously, many older adults today want to continue to work past the traditional retirement age that society has set for them. 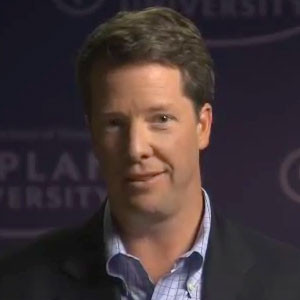 On the NPR website, Jaffe shares responses from the major job sites. She also notes that some organizations are trying to “fix the problem” of ageism in hiring.

AARP has established a program for employers to pledge equal opportunities. Job search sites geared to older job-seekers have popped up, including RetirementJobs.com. Founded by Tim Driver, RetirementJobs also certifies companies as “age-friendly” after a review of their hiring and employment practices and lets members write Yelp-style reviews of their experiences.

‘Driver says they’ve just started doing this in the past few months. “We wanted to know, are these companies truly walking the talk?” he says.

Well, not always. There are dozens of comments on the site about companies that force out older workers or exclude older job hunters in favor of “recent graduates.” On the other hand there are also plenty of five-star reviews, most brimming with gratitude for companies that treat older workers with respect and don’t hold their longer experience against them.’

Click here to read more about how age discrimination is now affecting older adults in the digital realm.