Time for our weekly round-up of links, articles and resources that can help you get better results from your mature marketing program. Please join in the conversation — in the comments section of this blog, on Twitter, on LinkedIn, on Google Plus … — and share your own insights! 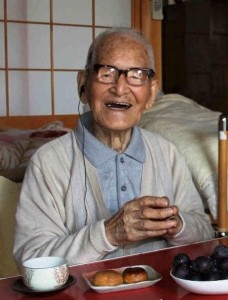 1. MOST CLICKED: Imagine having lived through the introduction of the Model T AND the rise of the iPhone? Jiroemon Kimura did just that. Born in 1897, Mr. Kimura was the last person alive to have witnessed the 19th century. His story in the Wall Street Journal captured the attention of our Twitter followers last week.

“He lived through two world wars, the reigns of four emperors, the terms of 20 U.S. presidents, and 61 Japanese prime ministers. Along the way, he had five kids, 14 grandchildren, 25 great-grandchildren, and 13 great-great-grandchildren, his family said. And on June 12, at 2:08 a.m., he passed on, in his hometown of Kyotango. He was 116 years and 54 days old.

… After working at local post offices for 45 years until his retirement at the age of 65, in 1962, he helped his son with farming until he was 90.

In 2009, Mr. Kimura told camera crews that he exercises daily, reads newspapers at least two hours a day, and keeps up with parliamentary proceedings. ‘I’ve got to keep up with the times,’ he said.”

Unsurprisingly, with Mr. Kimura’s death the mantle of “oldest person alive” passes to another Japanese citizen. The country has the world’s highest proportion of elderly and the longest life expectancy.

RELATED: What does it matter that people are living into their 100s with greater regularity? A lot. Mature Marketing and the Longevity Revolution

2. MOST SHARED: Who owns smartphones? The young and the wealthy. AND 18% of those 65 or better.

61% of American cell phone owners — 56% of all American adults — are owners of smartphones, reports the Pew Internet & American Life Project. Ownership of smartphones decreases by age and income, as this chart illustrates. 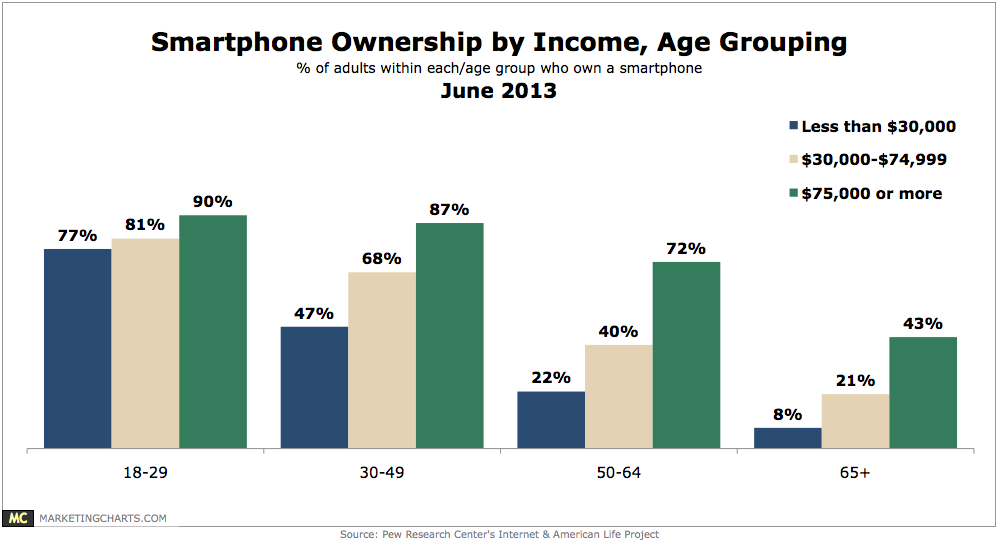 If you’re targeting wealthier baby boomers, consider your mobile marketing strategy. Now that we know who owns smartphones … Who owns Androids and who owns iPhones? This also varies by age group, per Pew. 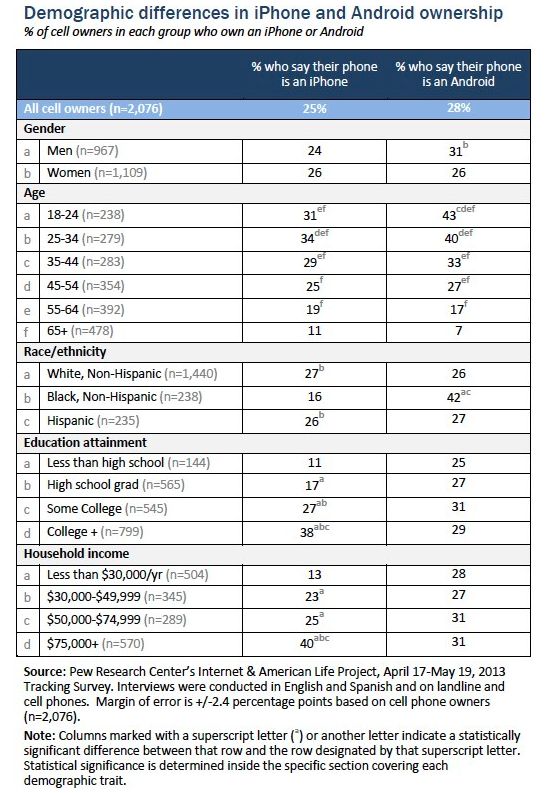 It appears that the iPhone’s interface is more popular with seniors and in higher income levels. When sharing these insights with your web designers, be sure to first check your own website analytics to see what percentage of your users are accessing via mobile and what devices they prefer.

* “Apparently there’s this war I didn’t know about going on between Baby Boomers (67 to 49 year olds) and so-called Millennials or Echo Boomers (32-ish to 13 year olds).” So begins a smart post by blogger and comedian Walter Michka, who attempts to call a ceasefire in the “war” between the generations: http://bit.ly/15cab3W

* Hotels share secrets for getting 5-star online reviews. These ideas offer inspiration and should apply to other industries, as well. http://bit.ly/14FzePZ