3 Facts About Popular Cities for Boomers

Where Baby Boomers are choosing to put down their roots for retirement is a great indicator of what they want out of this next phase in their lives. Our friends at RentCafe recently released the results to their most recent study — a look at the most popular zip codes among Baby Boomers.

We’ll be looking at three of the key takeaways from this study and how they apply to the senior living and 55+ community industries.

1. Many Baby Boomers Want to Rent, Not Buy

Before delving into the most popular zip codes, one of the most-important insights from the study is that a growing number of Baby Boomers are saying “no” to home ownership. Boomers are the fastest-growing renter demographic in the US, and this trend doesn’t look like it’ll be slowing down any time soon. As of 2017, there are close to 10 million renter households aged 60 and above, and 5 million more Baby Boomers are expected to become renters by 2020.

As they reach their retirement years, many Boomers are finding that the convenience renting offers far outweighs the benefits of investing in property. Baby Boomers enjoy the affordability of renting and the opportunities it offers for them to worry less about home maintenance and dedicate more time to pursuing their interests.

As Baby Boomers’ desires change, the senior living and 55+ industries will need to adapt their models to accommodate a variety of preferences. We could see communities offering options to rent grow in favor with Boomers compared to more traditional entrance fee or buy-in models. For builders and providers relying on an entrance fee model, being able to hone in on and communicate your value proposition for prospects is key.

If you had to guess which city has the highest population of Baby Boomers, warm locales, like Scottsdale, Arizona or Fort Lauderdale, Florida, would be reasonable first guesses. But it might surprise you to learn that New York City actually has the most Boomers within its ranks. NYC claims 14 of the top 20 most popular zip codes for cities with the highest Baby Boomer populations. Brooklyn zips claim three of the top five spots and eight of the top 20. 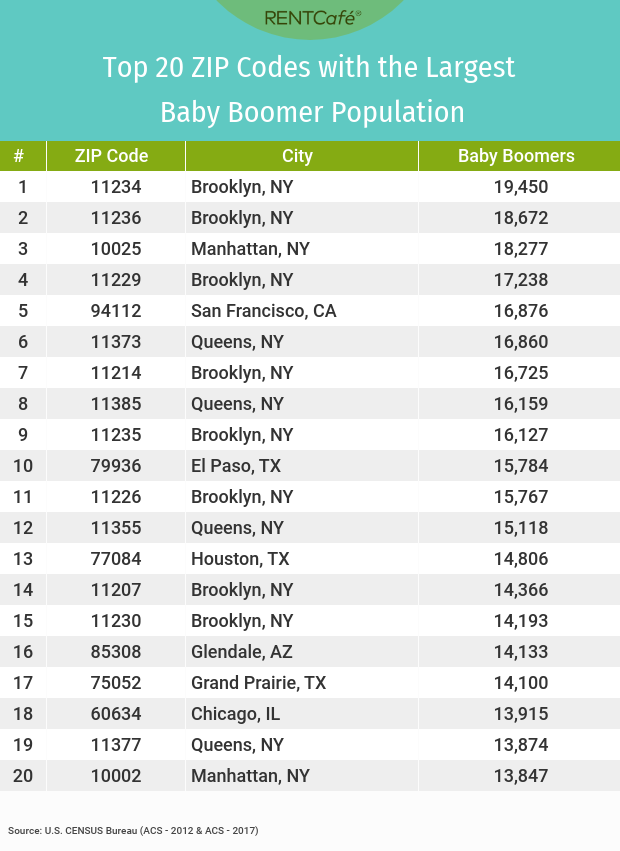 The 60+ demographic appears to be trending towards city life over the suburbs for various reasons. One of the main reasons is because many cities — especially New York City — are better at meeting the needs of active adults than suburbs. For example, New York City offers various senior discounts for its seemingly endless avenues of entertainment as well as its far-reaching public transportation system. There’s also a variety of social programs, cultural activities and greater walkability than in smaller cities and suburbs. So, while the weather may not be as warm as in Florida, Arizona or Texas, New York offers a level of livability greater than most of the more traditional retirement destinations.

And while many people are choosing to live in the new, amenity-rich high rises that are popping up in cities, the bigger appeal of renting in these places appears to come from everything they can do out in the city, rather than inside the upscale buildings. For senior living and 55+ communities, it goes to show that, while in-house amenities are a nice-to-have, you can attract more people with less if you choose to build in the right location. 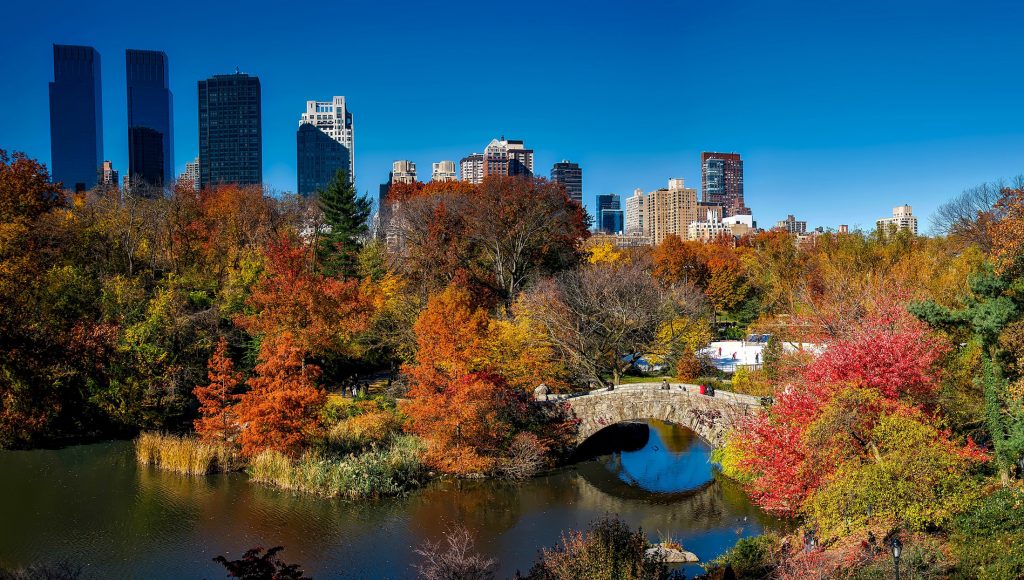 3. But You Can’t Beat the Heat

Given its status as the city with the highest Baby Boomer population, New York City is an anomaly when it comes to favored retirement destinations. When examining the zip codes with the highest increase in Boomers in the last five years and the largest population share of Boomers, you’ll notice they are dominated by zips in typically warm states, such as Florida, Texas and Arizona. 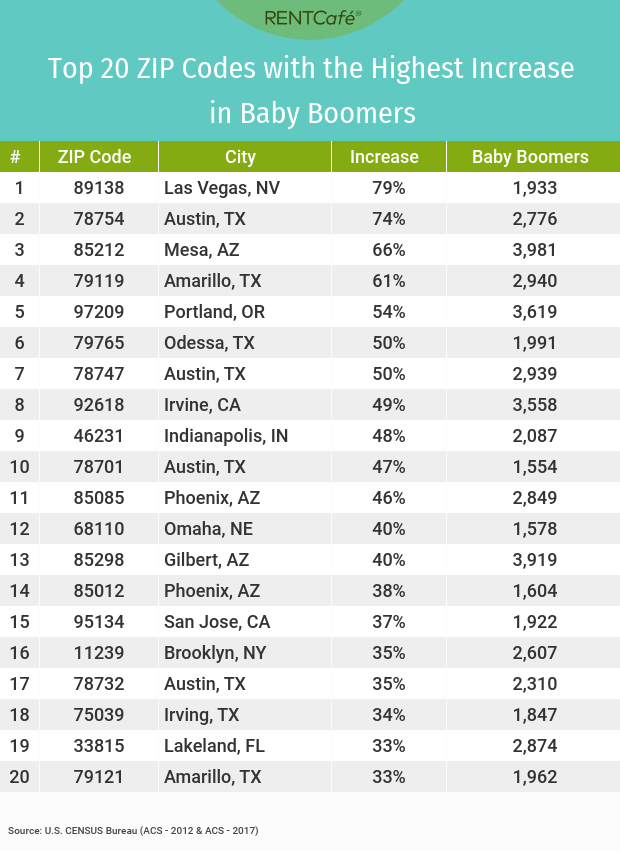 Before you start making plans for expanding your brand into New York City, you may want to keep your eye on what’s going on in Las Vegas. Since 2014, the Baby Boomer population in Las Vegas has increased by 79%. “Sin City” has much of the same appeal for seniors as New York City, such as more entertainment options than most residents would know what to do with. But Las Vegas also offers the highly coveted sunny-year-round climate and is rated as more tax-friendly for retirees. Given these factors, it wouldn’t be surprising to see Las Vegas overtake Brooklyn as the most popular city for Baby Boomers in the coming years.

Austin, Texas and Mesa, Arizona round out the top three zips with the largest increase in Baby Boomer population. If you’re a developer scouting new places to build your next community, the market is hot in warmer cities, but it’s also booming in places like New York City, Chicago and Portland. Visit RentCafe’s website for more insights from the study.

digital marketing, Seniors
Harnessing the Power of Digital to Engage and Nurture Leads

Harnessing the Power of Digital to Engage and Nurture Leads

digital marketing, Seniors
What 55+ and Senior Living can learn from each other at LeadingAge Pennsylvania, New Jersey and Delaware

What 55+ and Senior Living can learn from each other at LeadingAge Pennsylvania, New Jersey and Delaware