For years we have been strategizing on how to effectively market senior living and active adult communities to the Silent Generation and Baby Boomers. As marketers we’ve developed an understanding for their likes and dislikes, and the ways in which they best receive information.

But what’s next? While we were focused on our primary segments (the Silent Generation and the Boomers), members of Generation X began aging into our target market as well! According to the Pew Research Center, Generation X (people born between 1965-1980) 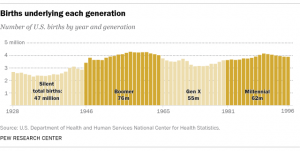 are projected to outnumber Boomers in 2028, when there are expected to be 64.6 million Gen Xers and 63.7 million Boomers.

This means the oldest Gen Xers are currently in their early fifties and are only getting older. By the time they outnumber Boomers, Gen Xers will be squarely in the age range of our prospects. You should be thinking now about the best way to capture them before the competition does.

Don’t (You) Forget About the Boomers

If we learned anything as Baby Boomers entered retirement, it’s that their experiences and expectations differ from their predecessors and our marketing strategies had to evolve with our audience. Let’s not forget those lessons as we begin to focus on Generation X, but let’s also not get caught up in them either. One distinct difference is that Gen Xers are incredibly tech savvy. Our own Social, Silver Surfers report found that while Boomers have been slower to adopt technology and engage with social media, the same cannot be said for their successors.

It makes sense. Generation X are the engineers who changed the analog world of their childhood to the connected universe we all live in today. They are tech savvy in a way that we have not experienced with our prospects and we will need to meet them where they are which, unsurprisingly, is online.

In a recent survey, Pew found that a whopping 96% of Gen Xers use the internet and that overall Gen X has been faster to adopt new technologies than their predecessors.

Impressively, 82% of Gen Xers reported using Facebook; overall members of Generation X who use social media has risen by 11 percentage points since 2012! 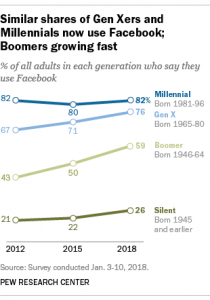 So it is unsurprising, that in a recent study, Nielsen reported Gen X spends the most time (of any generational cohort) on social media: almost 7 hours per week!

The benefits of this are twofold. We know digital is more cost effective (which is always a good thing), and it is much easier to hone in on your target audience than with traditional print or broadcast media.

Reshape your campaigns to reflect Generation X’s values, personality, likes and dislikes. Don’t get caught in the mindset that what hooked Boomers will be the same enticing worm for Xers. Think with Google said that “Gen Xers’ behavior on YouTube reflects broadly held assumptions about the generation: their ability to self-start, their love for nostalgia and their desire to be in the know, just to name a few traits.”

Get creative with your video messaging. 75% of Gen Xers watch videos on YouTube relating to the past, while 73% of them are watching in order to learn how to do something.

Just remember, that Gen Xers are also more likely than Boomers to interact with brands online, so whatever you do, make sure your content is engaging and reflects their interests. Don’t be afraid to think outside the box – make a nostalgic throwback or how-to video. Seriously, Think with Google found that 64% of Gen Xers bought a product or service they saw in a video on YouTube when they were learning how to do something!

Be the One Generation X Is Looking For

We need to start researching and understanding the next cohort of adults that will become our prospects now. What are their self-identified values? Do we know what their interests are? What type of consumers are they? And most importantly to us, what marketing tactics are most effective? If we don’t, we run the risk of using outdated strategies that could force us to play catch-up with the competition that stayed on top of the generational shift.

Still not convinced that you need to start marketing to Generation X now? We’ve all heard about the silver wave of wealth held by Boomers, but Pew reports that Generation X is the only generation to recover the wealth they lost during the Great Recession with the median net worth of Gen X households rising 115%.

While they may still have less overall household wealth than Boomers, don’t forget that many people in Gen X are still in some of their prime earning years. To add to that, Generation X as a whole has also increased its home equity and doubled its assets. 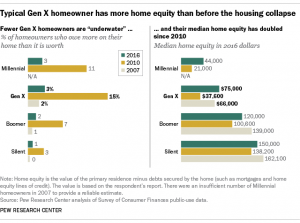 So, what are you waiting for? Start using social media and other digital tactics to nurture your relationship with Generation X now so that your community is the one they look to when they’re ready to retire.

Sign up for eNews for the latest mature marketing insights and trends in 55+ active adult and senior living.

digital marketing, Seniors
Harnessing the Power of Digital to Engage and Nurture Leads

Harnessing the Power of Digital to Engage and Nurture Leads

digital marketing, Seniors
What 55+ and Senior Living can learn from each other at LeadingAge Pennsylvania, New Jersey and Delaware

What 55+ and Senior Living can learn from each other at LeadingAge Pennsylvania, New Jersey and Delaware